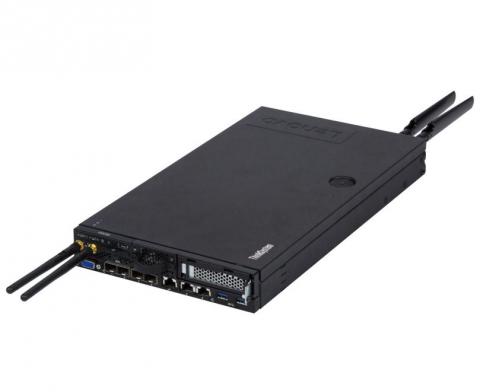 The hardware maker’s data center group plans to use the giant mobility event as a venue for releasing a new edge server and showcasing solutions developed in partnership with Scale Computing and Pivot3. By Rich Freeman
Tweet

Seeking to underscore its commitment to edge computing and the Internet of Things, Lenovo will introduce a new edge server and showcase solutions developed in alliance with Pivot3 and Scale Computing at this week’s Mobile World Congress show in Barcelona.

Gartner predicts that some 75 percent of business data will be created or processed outside of a data center, cloud, or other centralized location by 2022. Lenovo’s expanding family of IoT and edge solutions is designed to overcome end user concerns about the security, speed, and availability of edge computing solutions.

“There is tremendous opportunity to help customers realize the power that edge computing can bring to their organizations,” said Kirk Skaugen, an executive vice president of Lenovo and president of its data center group, in prepared remarks. “We’ve made significant focused investments in our IoT and Telco offerings over the past year with several strategic partners, enabling connectivity from edge to data center. We are committed to supporting industry open source initiatives, including the Open RAN, and Lenovo looks forward to co-chairing the Open RAN (O-RAN) Cloudification and Orchestration groups.”

The new server Lenovo will release at Mobile World Congress, called the ThinkSystem SE350, is purpose built for edge computing scenarios. Slated to reach market this summer, the device is half the width and significantly shorter than traditional servers, suiting it for use in tight spaces. The unit supports Wi-Fi and LTE connectivity, and features built-in encryption functionality designed to protect data from tampering. Businesses can mount it in on a wall or in a rack, or stack it on a shelf.

Partnerships with NetApp, Veeam, and other data center vendors figured prominently among the announcements Lenovo made at its Transform conference in New York City last September.