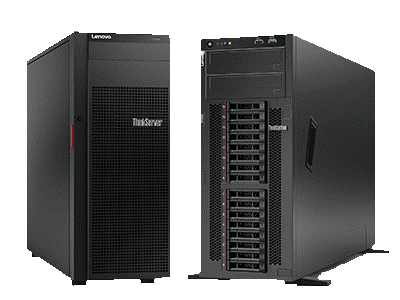 Though the hardware maker’s year-old data center reseller program is gaining ground quarter after quarter, its customer are still awakening to the fact that Lenovo has a server business. By James E. Gaskin
Tweet

“But we dropped the marketing ball,” said Rod Lappin, senior vice president for worldwide sales and marketing in Lenovo’s Data Center Group, during the hardware maker’s 2018 Accelerate partner conference in Las Vegas last week. “When we bought the PC business, we sponsored Formula One cars and the Olympics to raise brand awareness. When we bought the servers, we expected CIOs would be following the news and we didn’t do as much marketing.” Six months later, Lappin continues, 70 percent of CIOs had no idea Lenovo now owned the former IBM System X server family.

“One of our goals here at Accelerate 2018,” Lappin says, “is to ask our partners for help getting the word out. We need their ecosystem and scale to overcome our brand awareness gap.”

Based in Singapore but originally from Australia, Lappin sets the global tone for the Data Center Group. But Stefan Bockhop, executive director for North American channels, is building the partners army that sells Lenovo’s servers.

“We’ve had a year of success since we stood up the channel program in April a year ago,” says Bockhop. “Over a thousand people working for over 200 partners have passed our professional-grade certifications, and we’re always looking for more people with sales and technical capabilities.”

Lappin knows the brand is gaining awareness. “We’ve grown the last three quarters in a row, and I can’t say anything officially, but we’re positive about the last quarter,” he says. “Our big transformation a year ago is paying off. Once people buy us, they love us. We’re number one in customer satisfaction and reliability.”

Like their peers in the PCSD group, Lappin and Bockhop focus on services and solutions now even more than the hardware. “We’re improving our processes,” adds Bockhop. “4,100 quotes later, with feedback from our channel partners, the quoting process that took up to 53 hours before now takes only 24 minutes.”

“Velocity is the combination of speed and direction,” Lappin says. “We want to be twice the velocity of our competitors.”

But Lappin admits there were a couple of false starts. “You don’t make more acquisitions until you get the base solid. Now we’re looking for ways to extend,” he says, pointing to Lenovo Ventures, the company’s venture capital investment arm as an example. “We keep an eye on the industry that way.”

Today, of course, data centers are clouds and vice versa. “IDC says 80 percent of IT spend will relate to the cloud in some way,” observes Lappin. “We have no cloud legacy technology to protect, so we can talk to customers and help them with their cloud strategy, no matter how it changes. Before it was all going to the cloud, now the trend is changing but there’s lots of on-prem and hybrid cloud investments going on. The trend is quite fluid now. Now RFPs list workloads, not server details.”

LG Gram for Business 17 (2020): Big Reasons to Like It
END_OF_DOCUMENT_TOKEN_TO_BE_REPLACED