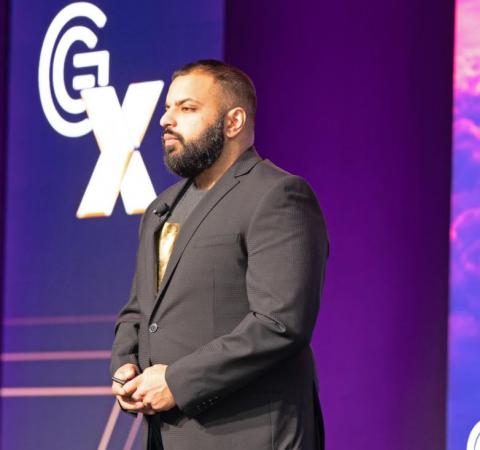 The managed services documentation vendor highlighted those and other product changes during a keynote presentation this morning at its GlueX 2019 partner event, which is taking place this week in Scottsdale, Ariz.

New features available in the IT Glue solution now include the ability to sort end user passwords into folders for different departments or functions, rather than view an entire client’s passwords in one unsegmented list.

“We’ve had this for many years for documents. Now we’re adding it for passwords, just to help with organization,” said Nadir Merchant in a conversation with ChannelPro. By the end of the year, users will be able to apply individualized security controls to password folders as well.

Several updates discussed this morning impact password resets. In July, IT Glue announced an integration pact with self-serve password reset vendor Quickpass that lets users of both its flagship documentation platform and MyGlue password management tool change passwords without triggering a reset ticket. An extension to that integration live now automatically exports password updates made inside Quickpass to IT Glue, rather than require a technician to record the change manually.

“You just change it in one place and it pushes to IT Glue,” said Jamie Kandola, a senior product manager at IT Glue, during today’s keynote. Starting in Q4, he continued, users who record a password change in the IT Glue interface will be able to export that reset to Microsoft Active Directory with a single click.

Coming soon as well are support for customized strong password rules and the ability to schedule password rotations for an entire organization and then record them automatically in both IT Glue and Active Directory. “A lot of people have been asking about this,” Kandola said this morning.

Updates to the IT Glue mobile app showcased today include the ability to retrieve device configuration data by scanning a barcode rather than executing a manual search, as well as the ability to upload and attach pictures taken with a smartphone to configurations from inside the app.

Additions to Network Glue, the network documentation solution that IT Glue unveiled in May, were highlighted during this morning’s keynote as well. Changes introduced since that system’s debut include the ability to collapse and expand portions of a network diagram for easier viewing and to assign network devices to groups. In addition, a new feature added recently that flags unidentified devices helps MSPs who charge by the device bill for services more accurately.

Set to reach users imminently is new functionality for adding devices to network diagrams manually and automatically documenting device-specific network port information in both Network Glue and IT Glue.

“This means you no longer have to be in the stressful situation when you're working on a switch of trying to untangle this big mess of cables,” said Wendy Har, a product marketing manager for IT Glue, during this morning’s keynote.

The Road to Success Is Paved with Service
END_OF_DOCUMENT_TOKEN_TO_BE_REPLACED

Jabra PanaCast Review - Get Your Huddle On
END_OF_DOCUMENT_TOKEN_TO_BE_REPLACED