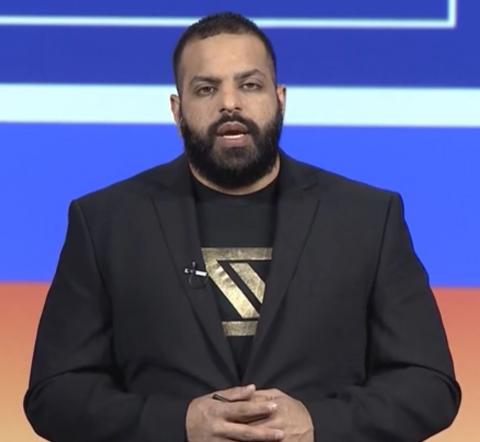 IT Glue has added personal password management, pre-scheduled backups, and other new features to its documentation platform for MSPs.

The company introduced the enhancements during a product update session today at its annual GlueX partner event.

The personal password feature lets users store credentials for their PC or Microsoft 365 account, for example, inside IT Glue. Until now, the system supported only shared passwords visible to everyone, which forced technicians to switch back and forth between their documentation system and third-party password management software. The IT Glue interface clearly distinguishes personal passwords from organizational ones, and displays personal passwords only to their owners.

“You and your technicians can now forget about external password management solutions,” said IT Glue Senior Product Manager Anya Perelyhina at GlueX this morning during a keynote presentation.

Also announced today is a more tightly integrated ticketing experience designed to blur the lines between IT Glue on the one hand and parent company Kaseya’s VSA remote monitoring and management system and BMS professional services automation solution on the other.

Among the changes is the introduction of a “MyTickets” view that shows technicians all of the tickets assigned to them in Kaseya BMS. A new “affected hardware” feature consolidates information about end user assets stored in IT Glue, VSA, and BMS in one place, so technicians can diagnose and resolve issues without jumping from one application to another, while a “1-Click Access” upgrade lets VSA users grab passwords in IT Glue automatically when remoting into devices, rather than input them manually.

All three updates build on previously introduced integrations aimed at reducing “swivel-chairing” between managed services line-of-business tools by allowing technicians to open, update, and close tickets from directly inside IT Glue.

“Typically, a technician works within a golden triangle of a PSA, RMM, and documentation tool,” said Mehul Patel, an IT Glue product manager, during today’s presentation. “Over the last year, we’ve dedicated enormous effort to creating a beautiful and efficient ticketing experience inside of IT Glue, one where the information you need from each of these three apps is consolidated into a single seamless experience.”

The scheduled backup feature unveiled today, which is due to ship soon, lets MSPs protect their documentation records at preset intervals. “By the end of May, all you will have to do with this feature is just set up a frequency for account backups, similar to runbooks, and IT Glue will do the rest,” Perelyhina said today.

Perelyhina also highlighted several of the third-party products IT Glue plans to integrate with this year, including software from IT management vendor ServiceNow and IoT-friendly RMM vendor Domotz, as well as expanded integrations with the ConnectWise Manage PSA platform.

Forthcoming integration with Kaseya Compliance Manager, meanwhile, will let users of the latter product search for and import relevant IT Glue documents when assembling evidence for auditors of an end user’s compliance with regulatory mandates.

New to IT Glue as well is a feature called “My IT Reports” that was created in partnership with TruMethods, the MSP consultancy IT Glue announced it now owns yesterday. The first contents of that tool, which will eventually contain a wide-ranging library of reports aligned with TruMethods principles and practices, display data on tickets per asset and tickets per user, two metrics that help MSPs establish an accurate unit cost for service offerings.

LG Gram for Business 17 (2020): Big Reasons to Like It
END_OF_DOCUMENT_TOKEN_TO_BE_REPLACED