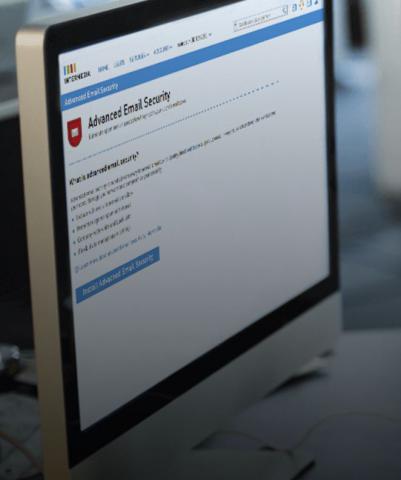 The hosted business application provider has successfully migrated 500,000 users to the new system, which replaces software from McAfee.

Intermedia has rolled out an enhanced email security platform that’s powered by multiple scanning engines and tightly integrated with its hosted email solutions.

The new system has been under development in house at Mountain View, Calif.-based Intermedia since shortly after the Intel Security division of Santa Clara, Calif.-based Intel Corp. announced plans to shut down its popular software-as-a-service email security solutions, late in 2015.

Originally developed by MX Logic and acquired by Intel in 2010 when it purchased security giant McAfee, those systems had been providing anti-spam and anti-virus protection to roughly half of Intermedia’s user base since 2012. Those nearly 500,000 users have all been successfully migrated onto the new platform that the company unveiled today.

The decision to create and host a replacement for the Intel Security systems internally stemmed in part from Intermedia’s eagerness to avoid being abandoned by an email security partner once more, according to Alex Smith, the company’s director of security products.

“We obviously didn’t ever want to be in that position again,” he says.

Building a solution itself provided additional rewards, however, Smith continues. For starters, hosting its email protection software on the same backend infrastructure as its email solutions allows Intermedia to intertwine those systems in ways that would be impossible if it utilized separately hosted software from a third-party provider.

“In combination, those companies cover in excess of a billion mailboxes,” says Smith, who adds that combining the power of several email security solutions results in more effective protection.

“You’ve got a huge amount of coverage due to the scale of each of those solutions,” he says. Intermedia Email Protection also labels legitimate email as spam less often than competing products, Smith states.

“You now have three opinions on whether a message is spam or dangerous, which means you can be incredibly accurate with your message categorization,” he says.

Intermedia plans to equip its new system with an analytics dashboard offering statistics on spam incidents, phishing trends, and other topics in June.

“Obviously, we’ve been working towards our own roadmap,” he says.

Other recent milestones on Intermedia’s roadmap have included the addition of new and integrated backup, continuity, cloud voice, compliance, and security services to the company’s Office 365 bundles and the release of an updated edition of SecuriSync, a combination collaboration and file sync and share solution. The vendor announced significant changes to, and investments in, its sales organization in January as well.

Keeping Tabs on Employees at Home | Are Certs Worth it? | Easy O365 Migration | and more
END_OF_DOCUMENT_TOKEN_TO_BE_REPLACED