Intel Sees Opportunity and Simplicity Ahead for 2019 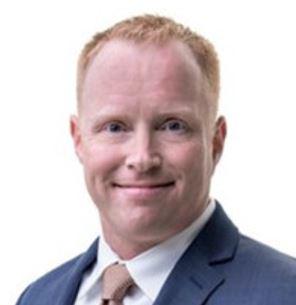 Ignore the analysts. According to Intel, at least, 2018 was a strong year financially with more of the same to come.

“In general, it was a very good year for us,” says Todd Garrigues, Intel’s director of North American partner sales programs. “I’m very excited for the opportunities in 2019.”

Garrigues spoke with ChannelPro about the year just finished and the new year ahead last week on a day when Intel’s stock plunged some 5 percent after the company reported fourth quarter revenue and future guidance below Wall Street projections. Yet investor expectations aside, Intel’s latest numbers look pretty strong. Revenue for the company’s PC business rose 10 percent in Q4 and 9 percent during the fiscal year. The data center business, moreover, added 9 percent to the top line in Q4 and 21 percent across 2018.

“In the fourth quarter, Intel achieved revenue growth in nearly every business segment, and in 2018 every segment of the business set new annual all-time revenue records,” the company wrote in a press release.

2019, he continues, looks to be just as good. “We have an incredible technology roadmap,” he says.

On the client computing side of the house, that roadmap is dominated by the company’s recently released 9th Generation Intel Core processors and the forthcoming 10nm “Ice Lake” platform, which is slated to appear in new PCs in time for this year’s holiday shopping season. Garrigues expects the greater performance, manageability, and security of those products to drive increased upgrades by both consumer and commercial buyers, especially in the premium hardware segment.

“I think there’s tremendous opportunity around PC refresh,” he says.

New server processors, like the “Cascade Lake” family of Xeon Scalable chips Intel showcased at this year’s CES conference, will provide additional opportunity in the data center, Garrigues continues, as will accelerated uptake of Intel’s Optane storage and memory products. Launched in 2017 and based on Intel’s 3D XPoint architecture, Optane offerings are designed to be faster but more expensive than traditional NAND-based SSDs and slower but cheaper than DRAM.

“It’s still early on Optane,” Garrigues says. “There is some work involved to optimize it, but when optimized it will be a gamechanger and a very big deal for us.”

Revenue for Intel’s IoT business group, meanwhile, climbed 9 percent last year, and Garrigues sees even faster growth on the horizon. “The number of IoT deployments is growing rapidly,” he says. “The number of use cases and the capabilities continue to expand.”

Intel has two efforts underway to increase and sustain that momentum. The first focuses on partner education.

“IoT’s a wonderful market, worlds of opportunity, big growth segment for Intel, but having a conversation at a very high level around IoT may or may not be useful for a partner who’s struggling to really grow or expand their business,” Garrigues notes. As a result, he continues, Intel will continue rolling out case studies, deployment guides, and other resources designed to provide actionable advice on specific solution opportunities in top vertical industries.

ChannelPro 5 Minute Roundup for the Week of January 11th, 2021
END_OF_DOCUMENT_TOKEN_TO_BE_REPLACED

Jabra PanaCast Review - Get Your Huddle On
END_OF_DOCUMENT_TOKEN_TO_BE_REPLACED