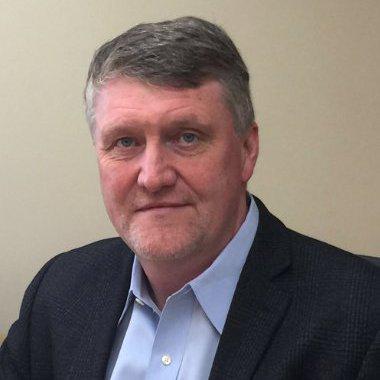 According to U.S. finance chief Anthony Mackle (pictured), the distributor has doled out $1.4 billion in new credit to its partners over the last 18 months to help them fund the transition from product reseller to cloud and professional service provider. By Rich Freeman
Tweet

Ingram Micro Inc. is making massive amounts of incremental financing available to its partners in an effort to help them navigate the fiscal challenges of embracing new annuity-based, services-led business models.

The Irvine, Calif.-based distributor has been urging attendees at its Ingram Micro ONE conference, which is currently taking place in Grapevine, Texas, to shift from selling packaged hardware and software products to providing subscription-priced cloud and professional services instead.

“In the last 18 months, we’ve granted $1.4 billion in additional credit to our customers,” said Anthony Mackle, senior vice president and chief finance executive for Ingram’s U.S. and export businesses, in an interview with ChannelPro. “We’re now leveraging our balance sheet to be able to support our customers in funding the transition.”

Mackle declined to specify precisely how that figure compares to the financing Ingram provided resellers in the prior 18 months, except to state that it’s substantially greater.

“It’s a multiple, and a big multiple,” he said.

The giant capital infusion reflects Ingram’s understanding, informed by its own evolution from “pick, pack, and ship” distributor to cloud platform operator, that transforming a business model is an expensive process.

Indeed, Ingram has put $300 to $400 million into its own journey to the cloud so far, according to company CEO Alain Monie during a Q&A session at the ONE conference this afternoon.

Today’s diminishing returns on packaged product sales make raising transition capital, even on a channel pro’s more modest scale, all the more difficult, according to Mackle, who worked many years ago for an electronics distributor based in Cleveland, Ohio, that routinely made 20 percent margins on hardware sales.

“You’re not making that today,” he observes. “As your software margin goes down, and your hardware margin, it gets harder to fund that move into the services business.”

The challenge of replacing the big, immediate dollops of cash that come from selling hardware and software with annuities earned over time only compounds the problem.

“If you were used to getting paid in 30- [or] 45-day terms and you’re getting paid over a three-year timeframe, when do you actually start making profit?” Mackle asks, before answering his own question: On average, an Ingram Micro research study shows, managed service providers don’t begin making money on a three-year contract until the 30th month.

“Not only are you funding it, but you’re actually not making any profit,” Mackle observes. “That’s a huge struggle.” Ingram, he continues, has developed finance programs specifically aimed at easing that struggle.

That’s but one example of Ingram’s efforts to help partners fund deals involving recurring revenues and unfamiliar technologies at a time of rapid industry change.

Choosing IoT Hardware
Enhance Your Sales, Marketing or Cybersecurity Skills: Get 1:1 Time with an Industry Genius
Three Things You Should Do in Response to the CISA Documents
END_OF_DOCUMENT_TOKEN_TO_BE_REPLACED

Jabra PanaCast Review - Get Your Huddle On
END_OF_DOCUMENT_TOKEN_TO_BE_REPLACED