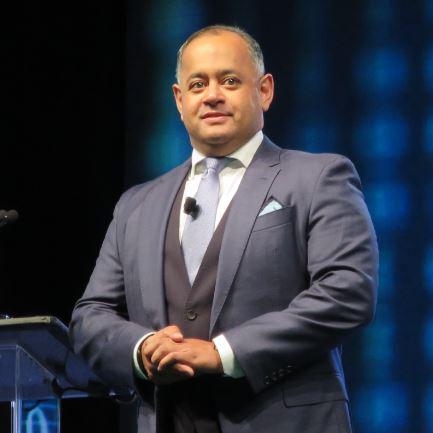 According to global cloud exec Nimesh Dave (pictured), the distributor will use a self-serve onboarding tool and a series of solution-hunting search efforts to add lesser-known cloud applications from early-stage vendors to its cloud marketplace. By Rich Freeman
Tweet

Ingram Micro Inc. plans to conduct a series of efforts aimed at making cloud-based solutions from early-stage software vendors available to resellers through its cloud marketplace.

The newly disclosed initiative is targeted not only at “born-in-the-cloud” software developers but VARs and MSPs seeking to bring resellable software-as-a-service products to market as well.

Irvine, Calif.-based Ingram previewed the forthcoming ventures, which include a new tool for adding cloud solutions to the distributor’s software-as-a-service catalog and a series of solution search campaigns, at its 2018 ONE event today in National Harbor, Md.

The cloud solution onboarding tool will allow software makers in 50 countries to create listings in Ingram’s cloud marketplace on a self-serve basis.

“This means that you yourself if you create a solution could actually submit it and, through a process which takes approximately about four hours, could launch a SaaS application in multiple geographies and territories,” according to Nimesh Dave, executive vice president of global cloud at Ingram, during a keynote address this morning.

Software developers can upload supporting marketing materials and sales collateral through the new tool as well. Resellers in Ingram’s cloud channel can then use those resources in demand generation programs.

The system will debut on a trial basis in the Middle East starting in November. Ingram plans to roll it out globally next March at its 2019 Cloud Summit event. When fully up and running, Dave said in his presentation this morning, the new platform will enable Ingram to “add more SaaS applications and partners faster than anybody else on the globe.”

Though any Ingram partner will be free to submit cloud solutions, the distributor will publish only those systems that clear a vetting process designed to confirm that the software is from a legitimate vendor, coded securely, and aligned with one of the cloud market segments Ingram serves.

Ingram’s cloud group also plans to utilize a global series of solution-hunting search campaigns to find promising early-stage cloud developers that the new onboarding tool misses. Those that clear what the company describes as a Shark Tank-like assessment process will win $1 million and be featured at next year’s Cloud Summit event.

The forthcoming efforts to track down, vet, and distribute lesser-known cloud solutions come amid an explosion in the number of SaaS products reaching market. According to Dave’s keynote, there were roughly 10,000 SaaS vendors with “viable” products in 2008. That number stands at 100,000 today and will rise to 1 million ten years from now.

“That is an unbelievable, unprecedented pace of growth,” Dave said. Hunting through that vast sea of offerings for the products worth offering to customers, he added, is a task only companies with Ingram’s scale and resources can handle. “It’s so prolific and it’s so far reaching and it’s so fast growing that it’s a challenge to understand which ones you should pick,” Dave stated of today’s SaaS market.

ChannelPro 5 Minute Roundup for the Week of January 13th, 2020