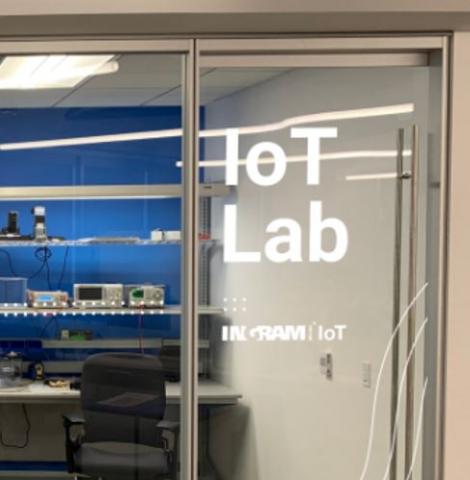 An online grand opening for the distributor’s IoT Center of Excellence in Irvine, Calif., yesterday was part of a larger effort to get channel pros merely investigating the IoT so far to start building functional proof-of-concepts. By Rich Freeman
Tweet

The grand opening for Ingram Micro’s IoT Center of Excellence in Irvine, Calif., yesterday was, like most events in the last year, a virtual one. Its goal, though, was to showcase the Internet of Things as a very real opportunity—today—for partners of all sizes.

“Most people love to say the word IoT, but they’re also scared of the word IoT,” says Mrinalini Lakshminarayanan, Ingram’s global executive director of IoT AI and extended reality. “One of the things that we were trying to do here was to demystify it.”

That’s a key objective not just for yesterday’s event but for everything Ingram’s IoT solutions group has been doing since its launch in 2018. The Center of Excellence now officially open for business figures prominently in that campaign.

“You can come there and see all the different technologies from all these different vendors and how they all tie in together to produce an end-to-end solution,” Lakshminarayanan says.

In addition to a solutions showcase featuring multivendor IoT solutions, the Center of Excellence includes a training center offering business and technical instruction on scaling an IoT practice and a solutions lab in which visitors can construct and test solution prototypes. “It gives them the hands-on experience of what IoT can be and what the value of IoT can be,” Lakshminarayanan says.

Making that value tangible for partners, and motivating them to pursue it, has become a bigger part of Ingram’s IoT strategy lately. Like many other distributors, software makers, and manufacturers, the company has been tantalizing channel pros with visions of IoT as a massive emerging opportunity for years. Now, with global spending on IoT products and services set to climb at an 11.3% CAGR through 2024, according to IDC, Ingram is prodding partners to start building functional proof-of-concepts.

“It’s not just about training and workshops and nice showcases,” Lakshminarayanan says of the Center of Excellence. “We are significantly trying to enable our partners to get to POCs and drive them to real customer engagements.”

To motivate that work, speakers at the grand opening event highlighted three real-life examples of successful IoT projects in the smart cities vertical. That’s one of several industry segments Ingram is investing heavily in at present, along with industrial IoT, smart buildings, smart retail, and smart agriculture, among others.

In the near term, at least, pandemic-related solutions are likely to be money-makers as well, according to Lakshminarayanan, who cites re-opening schools deploying air quality sensors and re-opening offices implementing smart workspaces as examples of potentially lucrative openings in coming months.

In addition to naming its first vice president-level global head of IoT strategy, Ingram has spent the last year building out its global team of IoT specialists, expanding its catalog of outsourced IoT services, and augmenting its marketplace of fully-equipped IoT solution bundles. “The vendors are now very keen on working with us on putting together market-ready solutions,” Lakshminarayanan says.

Those efforts are slowly gaining traction, Lakshminarayanan says. Partner engagement in IoT initiatives is climbing, and this week’s launch event drew nearly 1,000 registered attendees. Helping those and other partners bring the promise of the IoT to life is job number one for Ingram in the coming year.

“On the technology side, on the business side, we are trying to unravel the challenges that they face to make it happen,” Lakshminarayanan says.

LG Gram for Business 17 (2020): Big Reasons to Like It
END_OF_DOCUMENT_TOKEN_TO_BE_REPLACED