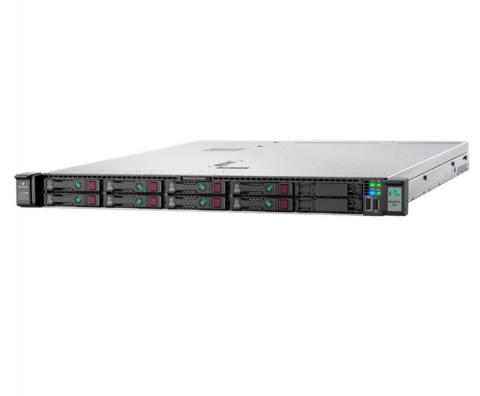 According to HPE, the latest edition of its SimpliVity 325 Gen10 product supports twice as many virtual desktops per server on average as any other HCI solution. HPE’s Nimble Storage dHCI is now available as a service on the vendor’s GreenLake platform too. By Rich Freeman
Tweet

Both the revised HPE SimpliVity 325 Gen10 and updated HPE Nimble Storage dHCI, which is now available as a service via HPE’s GreenLake platform too, arrive as businesses with employees working from home need the security and remote productivity that virtual desktops make possible, according to Patrick Osborne, vice president and general manager of HPE SimpliVity.

“The COVID-19 global pandemic is an unprecedented situation that is affecting all businesses, our communities, and our way of life,” said Osborne in a media statement. “As an edge-to-cloud platform-as-a-service company, HPE is here to help our clients bring together the right expertise and technology solutions to meet their most immediate challenges and unexpected demands. With these challenges, customers are looking to rapidly unleash mobile productivity and desktop virtualization, and HPE SimpliVity and Nimble Storage dHCI solutions provide performance and flexible payment options for our customers.”

The upgraded SimpliVity 325 Gen10, which features 2nd Gen AMD EPYC processors, accommodates twice as many virtual desktops per server on average as any other HCI solution, based on benchmarks performed for HPE by IT testing service Login VSI. By extension, HPE adds, the platform cuts the cost of supporting remote workers in half.

The system comes in a compact 1U case as well, the company notes, making it a fit for entry-level and distributed edge HCI use cases.

HPE is accepting orders on the new SimpliVity 325 Gen10 now, and will begin shipping units later this month.

Enhancements to HPE Nimble Storage dHCI, which will reach market in the second half of the year, include support for HPE ProLiant DL325, DL385, DL560, and DL580 servers, and the ability to scale the system from a maximum of 20 servers to as many as 32.

Administrators will also have access to a one-click process for updating server firmware, as well as hypervisor and storage software. VMware vCenter users will be able to utilize the functionality from directly within that system.

The GreenLake version of Nimble Storage dHCI is available now. First opened to the channel in 2018, GreenLake allows IT buyers to turn capital outlays into operating expenses while dynamically scaling capacity up or down as needs change. Though HPE originally targeted the service at large organizations, it’s been extending the platform to the needs of midsize businesses as well since last year.

Buying technology on a pay-as-you-go basis can be especially appealing to businesses eager to conserve cash amid the current recession. HPE pledged last year to make its entire portfolio available as a service by 2022.

Users of both SimpliVity products and Nimble dHCI can delay payments for up to 180 days to help preserve cash, HPE notes. The company unveiled $2 billion worth of programs aimed at easing coronavirus-related financial pressures on end users and partners last month.

Last week, HPE competitor NetApp announced that it had acquired workspace-as-a-service vendor CloudJumper in its own effort to capitalize on growing demand for cloud-based virtual desktops.

ChannelPro 5 Minute Roundup for the Week of May 23rd, 2022
END_OF_DOCUMENT_TOKEN_TO_BE_REPLACED