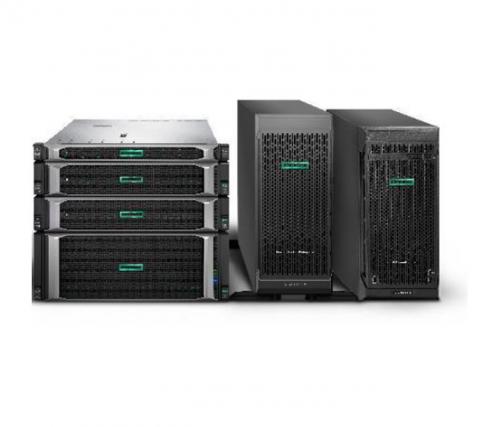 The vendor’s family of pre-validated, tested, and configured product bundles for businesses with up to 500 seats now provides more options and greater scalability for growing SMBs. By Rich Freeman
Tweet

Hewlett Packard Enterprise has updated its portfolio of pre-assembled solutions for businesses with up to 500 seats.

The latest Small Business Solutions, which are designed to provide more options and greater scalability to growing businesses, include a new version of HPE’s small office deployment package. Previously, that offering came in an edition for up to 25 employees and another for up to 50. The bigger version of the solution now targets organizations with as many as 100 users instead, and features an HPE StoreEasy 1660 SAS storage array, two Aruba 2530 switches, and five Aruba iAP 303 wireless access points.

“We’re expanding the storage capability as well as the networking so that people are adequately covered,” says Marc Semadeni, manager of SMB Solutions at HPE.

Small Business Solutions for file and backup services now come in three versions. A basic offering stores all data in one or more ProLiant Gen10 servers. “In many cases, these customers are very cost-conscious, so they will only buy one system,” Semadeni notes.

A second version tailored to offices with 10 to 100 users that wish to take data offsite includes an HPE RDX Backup System with removable cartridges in up to 4TB capacities. A third SKU optimized for file archiving features an HPE StoreEver MSL 1/8 G2 Tape Autoloader that provides up to 240TB of storage.

“Tape is a thing that a lot of people think is past its prime, but we sell a boatload of tape,” Semadeni says. Tape is especially popular among customers that need to preserve large volumes of data inexpensively for regulatory compliance or other purposes, he adds.

A new version of the Small Business Solution for Virtualization, meanwhile, adds optional support for backup software from Veeam. “Veeam just provides an excellent backup and replication option for your VMs, whether they’re in Microsoft Hyper-V or VMware,” Semadeni says.