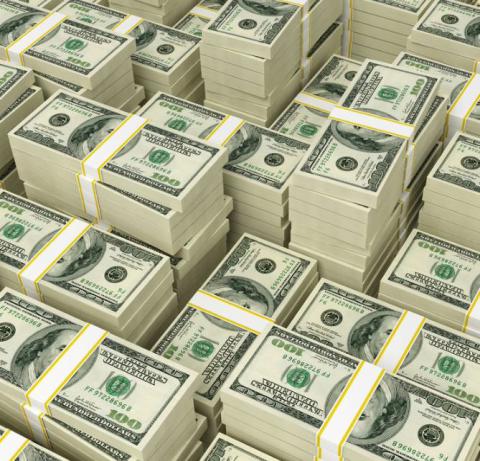 The new credit is designed to help partners keep business flowing despite rampant hesitancy among their clients to spend money in a stalled economy. By Rich Freeman
Tweet

Administered by the company’s HPE Financial Services group, the fresh funds and an associated set of new programs are designed to help partners keep business flowing despite rampant hesitancy among their clients to spend money in a stalled economy.

“Many of their customers are clearly going through a lot of strain in terms of liquidity and cash flow,” observes Paul Sheeran, vice president of worldwide channel and SMB in HPE Financial Services.

Other leading names in IT, including Ingram Micro, Lenovo, and HP, have introduced similar measures in recent weeks.

Included among HPE’s offerings is a new Payment Relief Program that allows companies to pay 1% of an IT contract’s total value each month for the first eight months of the deal.

“Essentially, we’re allowing customers to acquire what they need now and defer over 90% of the cost of that equipment until 2021, where hopefully we’re all be at a place that is more stable from a financial markets perspective,” says Lee Eberding, global director for channel and SMB sales in HPE Financial Services. “We wanted to give customers the confidence that they could bridge from, at a minimum, where we are today to the 2021 fiscal year.”

After eight months, buyers will pay more traditional monthly installments equaling 3.3% of contract value on average. “We’ll work with the customers to come up with the term and the pricing that’ll make the overall deal work for them,” Eberding says.

All HPE customers, regardless of size, are eligible for the program provided they clear standard lending terms and conditions.

Two additional programs unveiled today seek to help businesses turn equipment they already own into a much-needed source of cash. One, called “accelerated migration,” lets businesses sell products they already own to HPE, and then lease those same assets back for small monthly sums.

“It’s a way of taking IT assets that are sitting on a customer’s balance sheet and injecting cash back to that customer,” Sheeran explains. “We write them a big check, and then they’re going to give us small checks over a long period of time.”

“Many of our customers have assets on their balance sheet depreciating away, and we sort of view that as trapped capital,” Sheeran says. Under the new program, he continues, “we would take those assets back, we would reprocess and recycle them in our technology centers, we would make sure obviously the data is erased to industry standards, and we would sell that equipment back to the market and obviously share the proceeds with the customer.”

Typically, he continues, HPE pockets 30% of the sale price and the customer keeps the rest.

Cash-strapped customers in need of new equipment can also browse a significantly larger selection of pre-owned gear returned to HPE at the conclusion of a lease. Businesses that don’t find what they need there can work with HPE Finance to source it from other sellers. “We’re very active in the secondary equipment market,” Eberding says.

Security and Automation Among the Top IT Priorities
END_OF_DOCUMENT_TOKEN_TO_BE_REPLACED

Jabra PanaCast Review - Get Your Huddle On
END_OF_DOCUMENT_TOKEN_TO_BE_REPLACED