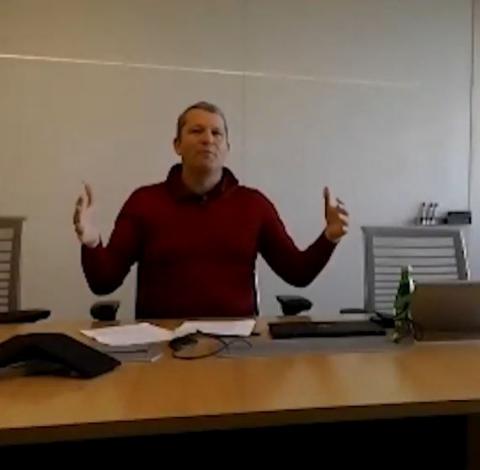 The consistency part of that formula will result in globally aligned policies and benefits for HP’s partner program beginning this May, according to Christoph Schell (pictured) in an interview on the ChannelPro Weekly podcast. By Rich Freeman
Tweet

Partners have nothing to fear from the changes coming their way from HP, though, according to Christoph Schell, the company’s recently installed chief commercial officer. All of them will make working with the company easier.

“It is all about simplification of engagement,” said Schell in an interview on the latest episode of the ChannelPro Weekly podcast.

Schell, who’s post is a newly created one that he officially stepped into at the start of HP’s fiscal year last November, sits atop a restructured global sales team split into 10 markets, instead of three global regions like before. Each market is led by a managing director who reports directly to Schell. The Americas market is headed by Stephanie Dismore, formerly HP’s Americas channel chief.

“We own the revenue and the margin for the company, so that’s obviously from an accountability point of view a very important piece,” says Schell of the organization he now directs, adding that relaying customer feedback to the company’s product units is an additional responsibility.

“Our job is to really make sure that we understand what value propositions our customers want from us across the entire hardware and service portfolio of HP, and once we understand that, make sure that our partners are able to deliver it,” explains Schell, noting that some 88% of HP revenue flows through the channel at present.

Members of that channel, he continues, can expect HP’s new sales structure to produce both greater consistency regarding priorities and policies, and greater flexibility to accommodate local conditions.

“We have 10 markets because we understand that there is not a one-size-fits-all model,” Schell says. “Each market has its own culture, has its own set of competitive realities, [and] operates sometimes in different ecosystems.”

Wherever possible, though, Schell plans to align the requirements and rewards offered worldwide to members of the company’s partner program. “We want to be fairly transparent about what is important to us and how a partner can maximize the relationship and engagement for their own business with HP, and we want that to be consistent,” Schell says.

Decisions on what those new global requirements and benefits will look like are still pending, he continues, but members of HP’s partner advisory council will get a first glimpse of them in March. Based on their feedback, Schell’s team will adjust its initial plan and officially roll out the revised partner program on May 1st, the midpoint of HP’s 2020 fiscal year.

Other priorities for Schell during his early months in his new role include driving sales of products from HP’s personal systems and print divisions. Contrary to popular belief, he emphasizes, there’s still plenty of upside for the laptops, all-in-ones, and other products sold by the former of those two units, despite the PC segment’s maturity.

“I see growth in this personal systems market, which is something that not everybody assumes is possible. But we do see growth and we see consistent growth,” Schell says. The increasingly blurry lines between systems aimed at consumers and those aimed at business users, he adds, will help fuel that growth.

ChannelPro 5 Minute Roundup for the Week of January 11th, 2021
END_OF_DOCUMENT_TOKEN_TO_BE_REPLACED

Jabra PanaCast Review - Get Your Huddle On
END_OF_DOCUMENT_TOKEN_TO_BE_REPLACED