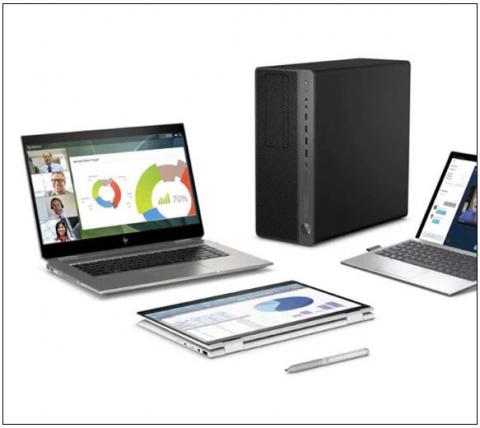 That includes you, channel pros. Once targeted mostly at a handful of big partners, HP’s subscription-priced purchasing program is headed your way with new and more flexible service plans, integrations with managed services software platforms, and more. By Rich Freeman
Tweet

Launched close to three years ago and expanded to encompass Apple hardware last February, the program allows businesses to pay for desktops, laptops, and mobile devices (plus accompanying support and backend management analytics) the same way they pay for cloud-based software and wish to pay for everything else: through recurring monthly fees. Initially, HP promoted DaaS chiefly to a small set of large integrators and managed service providers. Now, however, it’s looking to recruit the much more populous VAR and MSP mainstream into the program as well.

Nikols, who spoke with ChannelPro last week at the latest ChannelPro SMB Forum event in Chicago, emphasizes that channel pros have never been barred from participating in the DaaS program.

“We were very intentional to not put limits on the number of seats,” he says. “We believed that partners would be the arbiters of whether or not they were going to pursue an end user account with one, two, three, four, five devices and determine whether it was worth their sales effort, versus putting any limits in terms of who could start partaking and participating in the platform that we had been building.”

In its early days though, he continues, that platform focused on hardware and some associated lifecycle services, making it attractive mostly to big partners in need of scalable ways to sell and support lots of endpoints. Since then, HP has added features like its TechPulse analytics solution and the new security-as-a-service offering it introduced in March, giving a wider range of partners potential reasons to offer DaaS to their clients.

“The capability set has matured to the point that more channel partners can find value in what we’ve been building,” Nikols says.

As a result, he continues, HP is now working to get a much larger variety of channel partners engaged with the DaaS program. “Everybody can play, it’s just where and how do they want to play based upon their business model,” Nikols says.

In particular, he continues, HP has begun actively courting IT service providers looking to build elements of DaaS into their offerings and traditional hardware resellers interested in outsourcing the service components of DaaS to HP.

“We find a very nice fit with those types of partners,” Nikols says of the latter group, “because as HP continues to build out new capabilities, essentially what we’re doing is creating a new revenue stream opportunity for that partner.”

HP sees the vast army of Office 365 resellers as an especially promising collection of potential DaaS partners. Adding subscription-priced hardware to the subscription-priced software they already sell would allow Microsoft cloud partners to deliver a more complete productivity solution on one convenient invoice. “They can bring forward to an end user customer a full stack, essentially, as a service integration on their own paper,” Nikols notes.