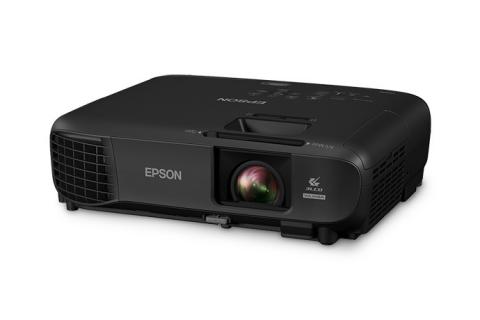 Designed for SMBs, the PowerLite 1286 and 1266 deliver enhanced brightness and connectivity. By ChannelPro
Tweet

Like other Epson projectors, the new models utilize the vendor's 3-chip LCD architecture, which dedicates an entire chip to each primary color continuously, resulting in what Epson says is up to three times higher color brightness and up to a three times wider color gamut than competitive DLP projectors. The PowerLite 1200-Series also supports advanced wired and wireless solutions—including MHL and HDMI—allowing users to project presentations from laptops, smartphones, tablets, and streaming devices. The PowerLite 1266 offers WXGA resolution, while the PowerLite 1286 features WUXGA Full HD resolution. Both units provide 3,600 lumens of color brightness and 3,600 lumens of white brightness for more accurate colors and sharp image resolution, even in well-lit rooms.

Additional PowerLite 1200-Series features include wireless connectivity functionality that lets users project from a laptop, tablet, or smartphone without plugging into the projector; HDMI video and audio support for the latest laptops and media players; and a wireless setup process optimized for rapid image adjustments.

The PowerLite 1286, which will list for $799, and the PowerLite 1266, which will list at $649, are both slated to reach market in September through authorized Epson resellers. Like other PowerLite products, they will come with a two-year limited warranty and 90-day limited lamp warranty, with next business day replacement to the U.S. or Canada, free of charge and arriving with a postage-paid return shipping label.