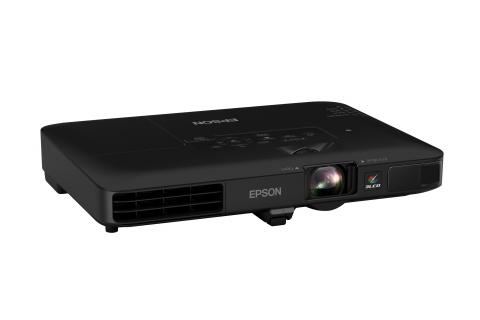 Designed for use by knowledge workers on the go, the new products come with a wide range of travel-friendly features. By Rich Freeman
Tweet

The WorkForce ES-200 and WorkForce ES-300W scanners, which weigh in under 3 pounds each, both process up to 25 duplex pages per minute. Users can scan documents straight into editable Microsoft Word and Excel files or searchable .pdfs and save files directly into Dropbox, Google Drive, Evernote, and other online storage repositories.

Each product features a 20-page auto document feeder as well, along with a special slot for scanning business cards.

“It’ll take [the card] in, scan it, and then bring it right back out the same way so that it doesn’t damage it,” says Heather Johnston, product manager for scanners at Epson, which is headquartered in Long Beach, Calif.

Other features unique to the ES-300W include support for wireless scanning to smartphones, tablets, laptops, and other computers, as well as compatibility with Apple Mac devices in addition to Windows-based PCs.

That extra functionality accounts for the ES-300W’s $299 MSRP, which is $50 greater than the ES-200’s list price. The two products are available now online and at major computer, office, and electronics retailers.

“This product is slim and it’s designed to be travel-friendly for your road warriors,” says Eric Uaje, Epson’s product manager for projectors, noting that all PowerLite 1700-Series projectors weigh approximately 4 pounds.

The entire product family supports automatic vertical and horizontal keystoning as well, resulting in a properly squared image from almost any projection angle.

Both the 1795F and 1785W support the Miracast wireless projection standard as well. “You can present directly from your tablet or mobile phone,” Uaje notes.