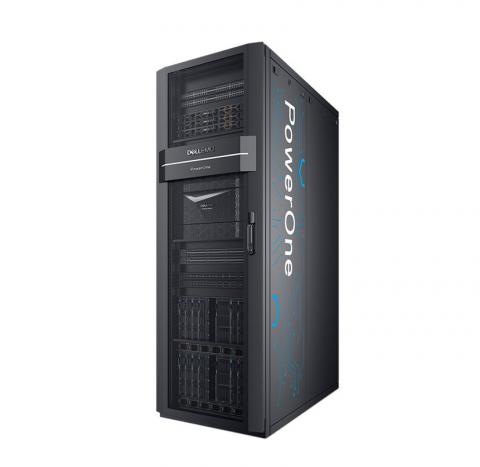 The new PowerOne platform is designed to make deploying and maintaining the on-premises portion of a hybrid cloud environment simpler by automating complex functions like deployment, provisioning, and ongoing operations. By Rich Freeman
Tweet

The new system, named PowerOne and slated to reach market on November 22nd, is designed to make deploying and maintaining the on-premises portion of a hybrid cloud computing strategy simpler for end users and the partners who support them, according to Jon Siegal, vice president of product marketing for networking and solutions at Dell Technologies.

“We’ve really taken over a decade of experience that we have in converged infrastructure and embedded all of our knowledge, all of our best practices, into an automation engine,” he says.

Users can pay for the new offering through Dell Technologies on Demand, the consumption-based, as-a-service procurement program that also debuted today.

“Users can choose a desired outcome and then PowerOne…orchestrates a number of automated tasks to achieve that outcome,” says Siegal, who cites implementing a workload-ready VMware cluster as one such possible outcome.

“They just enter a few things and then the system handles the rest,” he says. “The user actually no longer needs to login to the individual component element managers anymore. They can if they want, but they don’t need to, and this really changes the game.”

It also helps businesses bring cloud-like efficiencies to on-premises environments by eliminating increasingly time-consuming and difficult infrastructure setup and management chores. Fully 93% of organizations say their IT environments are as complex or more so today than just two years ago, according to Siegal, citing recent figures from analyst firm Enterprise Strategy Group.

“Complexity is really the enemy here,” he says. “Automation is the way to drive out complexity.”

Businesses and solution providers can leverage a system-level API as well to link PowerOne resources to service portals and other existing tools, Dell says, creating programmable “infrastructure as code” environments.

Global spending on integrated and hyperconverged systems grew 10.9% year over year in the second quarter of 2019, according to the latest data for that market from IDC.