Dell’s Plans for Partners Are All About Simplification 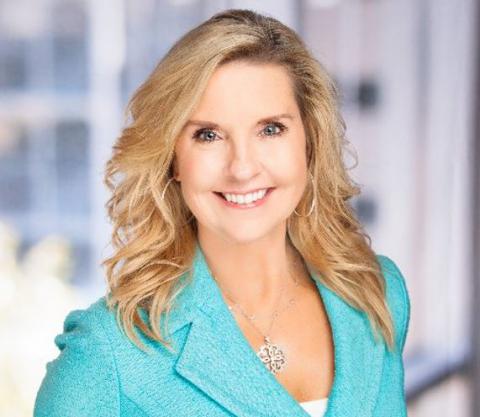 According to global partner marketing exec Cheryl Cook (pictured), the consolidated sales organization, standardized incentive programs, and streamlined quoting tools all on the way this year will make working with Dell easier for its channel. By Rich Freeman
Tweet

Simplification is the watchword for Dell as the company begins a new calendar year and approaches a new fiscal one.

Partners can expect to see a more easily navigated sales organization, standardized incentive programs, and streamlined tools in the months ahead, according to Cheryl Cook, Dell’s senior vice president of global partner marketing, in a conversation with ChannelPro.

“We’re really committed to just continuing to simplify the overall engagement and operational experience for our partners,” she says.

Some of the forthcoming changes Cook previewed were spurred by the previously announced departure of President and Chief Commercial Officer Marius Haas, who will leave Dell at the start of the company’s 2021 fiscal year next month. Following his exit, Bill Scannell, who is currently president of enterprise sales and customer operations, will take on responsibility for commercial and partner sales as well and become the new leader of a consolidated worldwide sales unit. Channel chief Joyce Mullen and John Byrne, head of Dell’s North American commercial sales, will both report to Scannell.

According to Cook, the new organizational structure will make working with Dell easier for partners. “I think this leadership change is an example of simplifying our sales engagement and our sales structure,” she says. “A partner can now see a single sales organization.”

For example, Cook continues, Dell’s various specialty sales teams for storage, cloud computing, and converged infrastructure, among others, will be soon be combined into one group. “If you are a partner serving both enterprise as well as commercial, you were engaging with a couple of different sets of specialty sales organizations and leadership,” Cook notes. “That’s all been centralized under a single leader now.”

Consistency, however, will be the norm concerning the sales reps and other people who partners interact with on a daily basis, she adds. “It’s really unchanged to the partners from a partner coverage perspective.”

In a further simplification effort, Dell plans to align rules and processes this year for many of its sales incentive programs, including its technology refresh, “competitive takeout,” and new business incentive offerings. “All of that will kind of look the same no matter if you’re hunting in an enterprise account or a commercial account or whatever,” Cook says. The new business incentive program, she notes, helped Dell attract over 17,000 net new buyers to its customer base in the company’s third fiscal quarter and more than 52,000 in the fiscal year to date.

Simplifying other sales-related processes is an ongoing priority for Dell as well. The company completed a series of steps aimed at streamlining deal registrations and automating some registration approvals in the second half of 2019, for example, and plans to make getting sales quotes easier in the first half of 2020 by merging the multiple systems partners currently use for that process.

“The future vision would be we keep them in a single platform and a single quoting tool where they could quote the entire thing,” Cook says. “That’ll save time.”

With Dell’s fourth quarter and 2020 fiscal year weeks away from closing, Cook reports “consistent, strong momentum in the business.” In Q3, overall sales through the channel and channel sales of storage solutions both grew 4%. That’s down substantially from the 16% increase in company-wide channel revenue and 26% spike in storage revenue Dell saw in Q1.

Acronis Adds Advanced File Sync and Share Pack to Cyber Protect Cloud
How Would You Rate Your Help Desk?
END_OF_DOCUMENT_TOKEN_TO_BE_REPLACED

Jabra PanaCast Review - Get Your Huddle On
END_OF_DOCUMENT_TOKEN_TO_BE_REPLACED