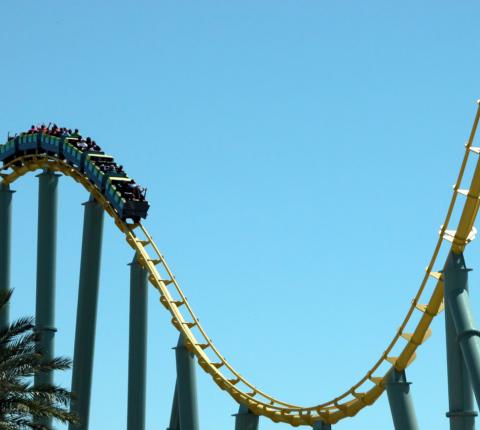 The last three months have been a roller coaster ride for many channel pros. Turns out the same’s been true for industry giant Dell Technologies too.

“It’s probably one of the most interesting quarters any of us have navigated,” says Cheryl Cook, Dell’s senior vice president of global channel marketing. “None of us have operated in a climate quite like this before.”

Cook spoke with ChannelPro three weeks after Dell posted results for its first fiscal quarter, which ended May 3rd and was marked by exploding COVID-19 infection rates, a massive, overnight spike in remote work, and a ferocious economic contraction. Dell’s Q1 fiscal performance reflected all those factors, according to Cook.

On the plus side, skyrocketing demand for laptops, desktops, monitors, and other work-from-home gear fueled a 12% year-over-year jump in sales through the channel of products from Dell’s Client Solutions Group. An associated shift from on-premises to cloud-based workloads, meanwhile, helped drive an 89% year-over-year sales revenue increase for Dell’s VMware unit.

Cook expects remote work to remain an opportunity for Dell and its partners, moreover, even as distancing measures ease and economies reopen.

“You’re going to see some workforces stay in a hybrid model where they’re [both] working remote and returning to site,” she says. Eager to keep people productive and secure when connecting from home, Cook continues, companies that scrambled to get any technology available out to their employees earlier this year have begun investing in more modern, effective, carefully assembled collections of hardware, software, and accessories.

“We’ve seen them move to wanting to really harden the environment and make sure that if we’re going to be in this certain situation for an extended period of time and not just a temporary time, how do we ensure that it’s done right,” she says.

To simplify that process, Dell has rolled out work-from-home solution bundles for various user types that include devices, security applications, software from VMware, and services. A package for basic knowledge workers who spend their days on email and videoconferences, for example, might be built around one of Dell’s Latitude laptops. A bundle for architects or financial analysts who need more processing power might feature a Dell Precision workstation.

“When [offices] were closed and data centers were closed, a lot of the infrastructure type opportunities saw a little bit of a slowdown,” Cook explains.

That’s despite the $9 billion of financing Dell made available to partners through its Dell Financial Services unit two months ago, which was accompanied by 0% interest rates on server and selected storage products and the ability to defer first payments on infrastructure hardware up to 180 days. In effect through July, those programs have been popular, according to Cook.

“Our partners have really been leveraging and taking advantage of that,” she says.

ChannelPro 5 Minute Roundup for the Week of July 19th, 2021
END_OF_DOCUMENT_TOKEN_TO_BE_REPLACED

Jabra PanaCast Review - Get Your Huddle On
END_OF_DOCUMENT_TOKEN_TO_BE_REPLACED