Dell Promises Simplicity and Consistency for Partners in 2020 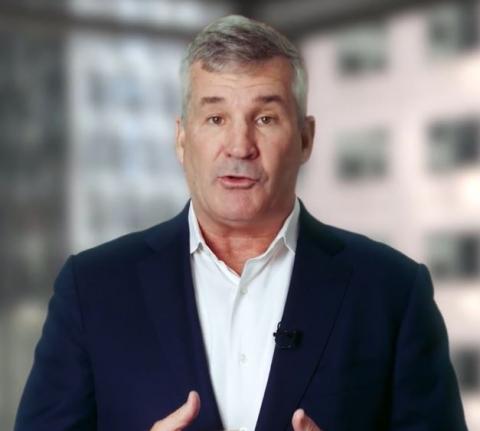 Partners of Dell Technologies wondering what the year ahead holds in store should look no further than a well-worn expression: If it’s not broke, don’t fix it.

So said incoming global sales czar Bill Scannell during a virtual 2020 global partner kickoff meeting held today at the start of the company’s new fiscal year and three months before its Dell Technologies World conference in Las Vegas this May.

“Our business is going extremely well, so the last thing I’m going to do is come in here and try to change the world,” Scannell said today in recorded comments. “We’ll keep making improvements on the program, on how we interact with you day in and day out. We will be simpler to deal with and eliminate the complexity.”

Scannell, who was previously president of enterprise sales and customer operations, has now officially added worldwide commercial and partner sales to his responsibilities as well, following the departure this month of Dell President and Chief Commercial Officer Marius Haas. In conjunction with that transition, Dell is similarly consolidating formerly separate enterprise and commercial sales organizations under one leader on a regional basis. John Byrne, for example, now holds that post in North America.

“This should really simplify how our partners work with us and offer a much greater degree of consistency on who they deal with and how they deal with us in the field,” Scannell said.

The streamlined organization comes in response to input from partner program members, according to Joyce Mullen, Dell’s president for global channel, embedded and edge solutions.

“Our partners have been asking for this, for one combined sales organization, so we can all spend less time navigating the internal Dell Technologies team and more time delighting customers,” she said today. “We’re going to be able to make decisions in one place and cascade them down through the organization without negotiating that through different organizations.”

Other simplification-related changes discussed today include a revised product rebate structure that replaces the previous seven categories with three for client, server, and storage; an integrated quoting platform for storage, server, and networking systems; and a revamped partner education program aimed at aligning requirements across Dell’s multiple business units.

“We are making sure that if a partner takes training with VMware on their cloud module, for example, that that counts towards the Dell Technologies Cloud certification and competencies,” Mullen said. “That’s a big time savings.”

Time for MSPs to Carry the Mantle of Leadership
END_OF_DOCUMENT_TOKEN_TO_BE_REPLACED