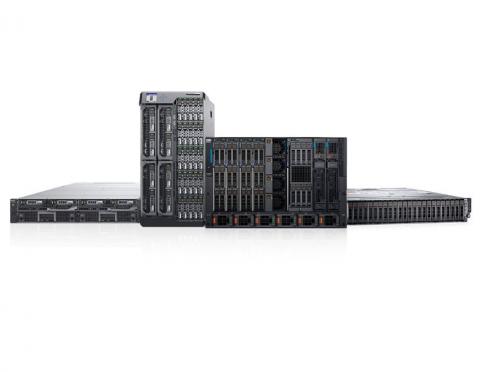 Equipped with latest-generation Intel and AMD processors, the 17 new devices are designed to provide flexible options for powering high-performance computing, artificial intelligence, and other data-intensive workloads as well as edge solutions. By Rich Freeman
Tweet

Dell Technologies has introduced a diverse portfolio of Dell EMC PowerEdge servers designed for use with data-intensive workloads like artificial intelligence and in edge computing environments.

Equipped with latest-generation Intel and AMD processors, the 17 devices are designed to give businesses flexible options for matching server hardware to specific use cases, according to Ravi Pendekanti, Dell’s senior vice president for server and networking portfolio management.

“We are committed to ensuring that we provide our customers the choice to pick the right platform for whatever workloads that they need,” he says.

Included among the new products are two models featuring CPUs from the new AMD EPYC 7003 Series of data center processors, which debuted on Monday. The PowerEdge R6515 accelerates big data applications based on the Hadoop platform up to 60%, according to Dell. The PowerEdge XE8545, unveiled earlier this week, combines up to 128 3rd Gen AMD EPYC cores, four NVIDIA A100 GPUs, and NVIDIA’s vGPU software in a dual socket, 4U rack server meant for use with artificial intelligence and analytics solutions.

Two new ruggedized additions to the PowerEdge family are intended for edge computing solutions. The XR11 and XR12 both have a compact footprint, hardened chassis, and Intel processors.

Other models announced today include the PowerEdge R6525 and C6525, both of which contain 2nd Generation AMD EPYC processors with up to 64 cores. The former of the two devices is a 1U, dual-socket server intended for high-performance computing, virtual desktop infrastructure, and other virtualization solutions. The latter is a 2U, four node machine optimized for high-performance computing as well, along with digital manufacturing and other compute-dense applications.

Three other models round out the new portfolio: the PowerEdge C6520, PowerEdge MX750c, and PowerEdge R650.

All of the new PowerEdge servers come with PCIe Gen 4.0 interface technology that according to Dell produces twice as much throughput performance as earlier models.

They’re also covered by Dell Technologies Secured Component Verification, an extension to Dell’s Secure Supply Chain assurance process that confirms the validity of every component in every unit shipped. “This is to ensure that our customers and partners can feel more confident that we have a secure server arriving at their location for them to deploy,” Pendekanti says.

ChannelPro Weekly Podcast: Episode #235 - Greetings from the New Hampshire Chamber of Commerce
8 Best Hacking Training Courses to Boost your IT Career
10 Things You May Have Missed at ChannelCon 2022
END_OF_DOCUMENT_TOKEN_TO_BE_REPLACED