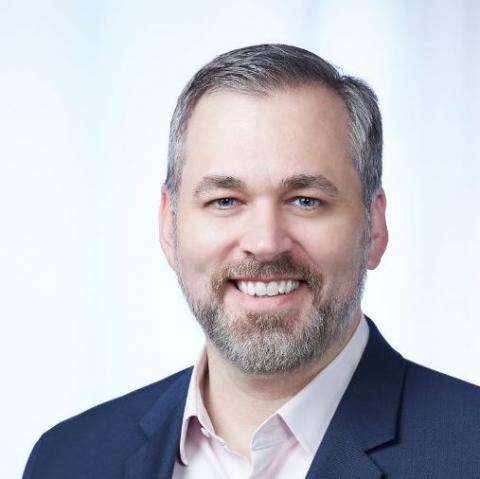 According to IoT and edge CTO Jason Shepherd (pictured), Dell’s ambitious IoT strategy is designed to introduce consistency to a market currently defined by a mass of often incompatible architectures, protocols, and would-be standards. By Rich Freeman
Tweet

Dell Technologies doesn’t necessarily want to sell you all the pieces you need to build a complete Internet of Things solution. It just wants to tie them all together.

It’s an ambitious goal. As anyone familiar with the field knows, consistency of any kind is in short supply today when it comes to the Internet of Things and the mass of architectures, protocols, and would-be standards that define it. According to Shepherd, who spoke with ChannelPro at last week’s IoT World conference in Santa Clara, Calif., that complexity makes building durable, scalable, flexible IoT solutions extremely difficult.

“There’s just way too many IoT platforms today,” he says. “There’s no standardization, and so it becomes very fragmented.”

Worse yet, he continues, many of those platforms include tightly-coupled hardware administration tools. “You end up getting locked into a given platform, or you have different device management for every different use case,” Shepherd says.

Functionality-rich public clouds like Microsoft Azure and Amazon Web Services, which many IoT developers use to store and process data, add a second layer of lock-in, Shepherd contends. “They make it very easy to get data in, very expensive to keep it there and get it out,” he says.

Issues like that are the inspiration for Dell’s IoT philosophy, which emphasizes the importance of abstracting your devices, software, and data from the solutions you use to run and administer them.

“Don’t tie applications to various specific ways of securing and managing stuff, and don’t tie your domain knowledge to your different technology stacks,” Shepherd says. “You’re going to end up with 10 stacks for 10 use cases in your business, and it’s a mess.”

Don’t limit yourself to a single cloud either, he continues. “You’re going to want choice down the road.”

Dell’s strategy for helping integrators and end users preserve their IoT options begins with embracing open, vendor-neutral technologies like the Cloud Foundry and EdgeX Foundry frameworks. Cloud Foundry provides a platform-independent development environment for coding cloud-based IoT applications. EdgeX Foundry then lets you link those applications to sensors regardless of the protocol and operating system they use.

At its Dell Technologies World conference earlier this month, Dell announced that Pulse IoT Center, a management and security solution from its VMware unit, will soon integrate with EdgeX Foundry, as well as Photon OS, a Linux-based container host, and LIOTA, an open source gateway orchestration agent.

“That gives people the ability to start building with a platform-neutral device management and security stack,” Shepherd says. Organizations can then use software from Dell Boomi, he adds, to integrate an IoT solution’s data sources.

Collectively, according to Shepherd, those various components provide a flexible, efficient mix of technologies for running IoT solutions that can adapt over time to changing needs and conditions. “I want to provide consistent management regardless of what application stack [you use], because it’s a nightmare to scale this if you’ve got so many different ways to do it,” he says.

Dell Aims to Bring Openness and Flexibility to the Internet of Things
May 21st, 2019