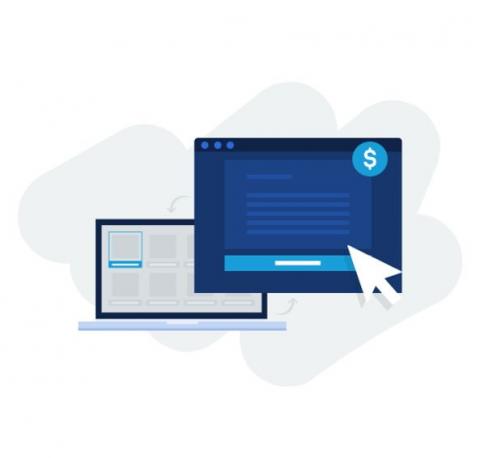 Called Datto Commerce, the new system is designed to increase sales velocity, efficiency, and profitability by helping both MSPs and their customers shop for products from multiple suppliers, prepare quotes, and place orders more easily. By Rich Freeman
Tweet

Datto has added a “real-time sales platform” designed to simplify quoting and procurement to its family of line-of-business solutions for MSPs.

Called Datto Commerce and available now to partners in North America, Australia, and New Zealand, the new system is designed to help both channel pros and their customers shop for hardware, software, and services from multiple suppliers, prepare quotes, and place orders quickly, according to Radhesh Menon, Datto’s chief product officer.

“We want this to become the dominant and only platform by which they are engaging with their SMBs, and the only sure shot way to do that is removing friction from an upstream vendors perspective and removing friction in terms of other systems of record,” he says.

Datto Commerce draws on product and pricing information from Arrow Electronics, D&H, Exclusive Networks, Ingram Micro, Jenne, SYNNEX, Tech Data, and others. It also exchanges data with a broad range of business systems widely used by MSPs, including Datto’s own Autotask PSA, the ConnectWise Manage PSA platform, the QuickBooks and Xero accounting solutions, and the Stripe payments platform. According to Menon, those integrations are just a “starting point” for what the solution will eventually provide.

“That’s internet speed,” Menon states, adding that MSPs can get up and running on the solution in as little as an hour.

Other key features include the ability to create branded storefronts for self-serve ordering by end users and unlimited phone, chat, and email support. Collectively, Menon says, those and other features empower MSPs to increase sales velocity, reduce overhead, and meet customer expectations both faster and more profitably.

Monthly subscription fees for the product are charged at per-company, rather than per-user, rates. Without disclosing specific numbers, Menon says those rates are “super low” and designed to “democratize” access to the efficiencies the system makes possible.

“We have priced it at a very, very attractive level,” he says.

Datto Commerce is based heavily on software Datto acquired last July when it purchased Australia-based procurement vendor Gluh for an undisclosed sum. Developers have spent the months since that transaction fine-tuning the platform’s interface and workflows and adding support for North American currencies and tax regulations. “This product was designed in Australia with Australian MSPs in mind,” Menon observes.

Datto has augmented the system’s capacity since buying it as well. “Our hope is to be able to scale this to a level where every single partner of ours is able to consume the benefit of this,” Menon says.

Datto Commerce is the latest addition to a portfolio that will include threat detection software as well later this year. That solution, which is currently in development, will be based on software from BitDam, the Israeli security vendor Datto purchased last month in conjunction with a larger effort to construct a comprehensive “cyber resilience” offering.

The company also plans to begin beta testing for a forthcoming Microsoft Azure continuity solution later this quarter, with broader availability to follow later in the year.

Voucher Discounts: How to Save Money on Your IT Certifications (2021 Refresh)
Alan Weinberger is on a Mission to Elevate the Role of the Managed Service Provider to the Public
5 Simple Ways to Become PCI-DSS Compliant
Apply Microsoft April 2021 Security Update to Mitigate Newly Disclosed Microsoft Exchange Vulnerabilities
New DNS Vulnerabilities, Impacting 100+ Millions of Enterprise and Consumer Devices
END_OF_DOCUMENT_TOKEN_TO_BE_REPLACED

Jabra PanaCast Review - Get Your Huddle On
END_OF_DOCUMENT_TOKEN_TO_BE_REPLACED