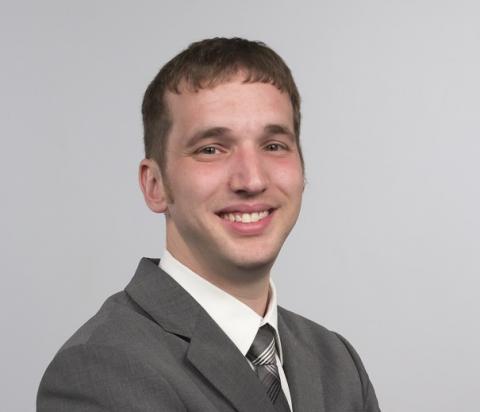 Loaded with interface, patch management, and scalability improvements, the latest edition of ConnectWise’s RMM platform is the biggest update in that product’s history, according to LabTech general manager Brett Cheloff. By Rich Freeman
Tweet

Tampa, Fla.-based managed services software maker ConnectWise used day one of its 2016 Automation Nation partner event in Orlando to showcase new capabilities in LabTech 11, the latest release of its RMM platform and the most important as well, according to Brett Cheloff, general manager of ConnectWise’s LabTech product unit.

“LabTech 11 is our largest release in LabTech history,” he said during a keynote presentation.

Chief among the enhancements behind that assertion are major interface changes to the system’s computer management screen, patch management module, and Ignite Manager monitoring environment, as well as the addition of new at-a-glance metrics and a configurable tile-based navigation system. The design changes aim to make using LabTech easier for busy technicians by getting them the information they need to do their job more quickly.

“We’re really trying to simplify the application,” said Cheloff in his keynote. “Instead of hunting for problems, the problems are presented to you elegantly.”

Cheloff also called attention to LabTech 11’s new staged patching functionality, which lets MSPs roll out software updates in controlled increments rather than everywhere at once, so they can identify potential conflicts with proprietary software and other problems on a sample set of test machines before they impact an entire fleet of desktops.

“This is going to save them hundreds of hours of actually patching systems that shouldn’t have been patched yet by trialing it out,” said Cheloff in a post-keynote interview with ChannelPro.

Scalability increases are another top focus area in LabTech 11. According to Cheloff, the new release can run as many as 20,000 scripts simultaneously, enabling MSPs to manage more end points with existing staff through increased process automation.

“This should really free you guys up to just automate like crazy,” Cheloff said during his keynote.

That emphasis on scale reflects a conviction within ConnectWise that RMM capacity requirements are growing as MSPs both gradually expand their customer base and merge with other providers. Indeed, according to Cheloff, the number of end points managed by a typical LabTech user has risen from roughly 1,000 to about 1,500 in just the last three years.

“We can see this growth naturally throughout our entire partner base and that’s what’s really pushing the scalability stuff,” he says.

At the tail end of his morning presentation, Cheloff previewed forthcoming enhancements to LabTech and other products in the ConnectWise Business Suite. A “Quick Ticketing” feature he demoed, for example, will reduce the amount of jumping around between systems technicians must do by allowing them to view, update, and create ConnectWise PSA tickets from directly within the LabTech interface, while a new “Virtualization Manager” will equip MSPs to administer private cloud environments running on VMware and Microsoft hypervisors as effectively as they do conventional on-premises infrastructure.

CloudConsole figures to play an increasingly important role in the ConnectWise solution portfolio in coming years, Cheloff and other company executives said today, as SMBs steadily migrate workloads from in-house servers to hosted resources. Figures from ConnectWise’s own internal databases illustrate that trend: LabTech users deployed 36,000 fewer servers on-premises in 2015 than they did in 2014, Cheloff revealed during his keynote.

Today’s keynote marked the first appearance by Cheloff at an Automation Nation conference since he assumed his current role atop the LabTech org chart last November. The new position has empowered him to make long-sought changes.

“I’ve always had a very big influence on where the product is going. Now I have complete control, and I can implement things that I couldn’t implement before,” he told ChannelPro.

Example number one, he continued, is the monthly update cadence LabTech now employs, in which fixes and features arrive in small batches every few weeks rather than in big clumps once or twice a year, much the way Microsoft updates its Windows 10 operating system.

“Now we can adapt and move the way we need to move and not wait for things,” Cheloff says. “If it’s ready, get it out the door.”

Aligning LabTech’s user interface and experience with the rest of the ConnectWise product family is another current priority for Cheloff, who says that the centralized organizational structure CEO Arnie Bellini adopted late last year makes executing cross-system initiatives like that easier.

“We’re constantly coming together, talking about futures, talking about what each product is doing, [and] talking about how we can get tighter together,” Cheloff says of his fellow product unit general managers. “I think that’s helped a lot, and Arnie’s really brought us together in that aspect.”

ConnectWise Warns MSPs: Get Serious About Security Soon or Else
END_OF_DOCUMENT_TOKEN_TO_BE_REPLACED

Jabra PanaCast Review - Get Your Huddle On
END_OF_DOCUMENT_TOKEN_TO_BE_REPLACED