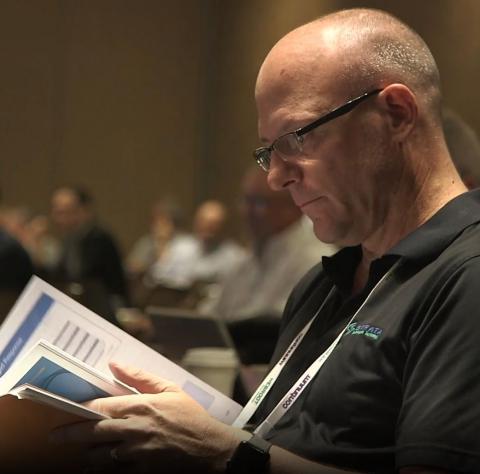 Part of a larger wave of security-related news from the vendor’s IT Nation Explore event, which is taking place online this week, the new offerings are designed to help channel pros meet ever-escalating demand for security services more effectively. By Rich Freeman
Tweet

Both offerings were among multiple security-related announcements made at the managed services software and services vendor’s IT Nation Explore conference, which is being presented online to more than 10,000 attendees this week. ConnectWise unveiled several new security products at the virtual show as well today.

The framework, which includes detailed guidelines on everything from software and hardware deployment to setting policies and implementing physical security controls, is designed to help managed service providers meet ever-escalating demand for security services more effectively.

“Our partners are really good at IT services, but security is a totally different realm, and while they are capable of delivering it, most of them don’t know where to start,” says Jay Ryerse, vice president of cybersecurity initiatives at ConnectWise. “We kind of felt like somebody needs to show up and lay out a very simple plan for MSPs to understand what good looks like.”

The MSP+ Cybersecurity Framework, as it’s formally named, draws on existing counterparts from NIST, the Center for Internet Security, and the U.K.’s National Cyber Security Centre, but extends and tailors that advice to the needs of managed service providers. According to Ryerse, none of the more than 50 existing frameworks ConnectWise studied performs that function at present.

To reflect the varying levels of cybersecurity experience among channel pros, the ConnectWise framework includes a “maturity model” designed to provide relevant expertise to beginning, intermediate, and advanced users.

“We can help a partner who is brand new to security or somebody that’s been doing it for 10 years figure out what it looks like and improve their systems,” Ryerse says.

ConnectWise plans to provide an extensive menu of training courses, guides, and other educational resources to help MSPs master the new framework and put its tenets into action. A “playbook” for introductory-level users, introduced today, is a down payment on those materials.

“It’s the fundamentals book,” says Ryerse, who adds that an advanced playbook will arrive in August and a master-level book will follow in the fall.

The ConnectWise Certify training and education program, which officially debuted in April, will play a role in helping MSPs embrace the framework as well. Ryerse and other instructors, all of whom are former MSPs themselves, have been presenting Certify classes for roughly a year already. More than 3,000 people have participated to date.

The framework and associated education initiative are two core pillars of ConnectWise’s cybersecurity evangelism strategy. The new IT Nation Secure partner community is the third. A major addition to ConnectWise’s family of IT Nation offerings, which includes the IT Nation Evolve peer group organization and IT Nation Share best practices community, the group is open to any MSP, regardless of whether or not they use ConnectWise software to run their business.

ICYMI: Our Channel News Roundup for the Week of January 23rd, 2023
END_OF_DOCUMENT_TOKEN_TO_BE_REPLACED