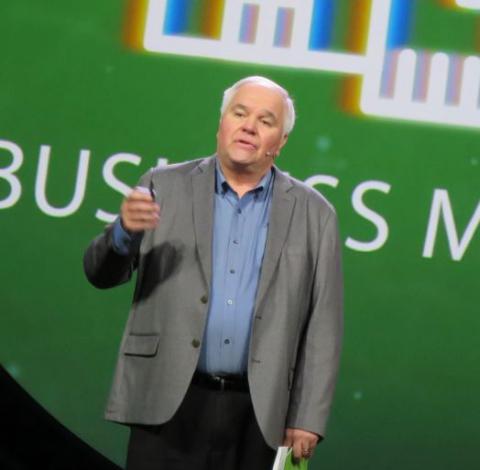 The new groups will help MSPs prepare to buy or sell a business and advise traditional hardware and software resellers on how to add as-a-service offerings to their product lineup, according to Arlin Sorensen (pictured), who is leading the initiative. By Rich Freeman
Tweet

The Tampa, Fla.-based vendor announced both programs at its IT Nation Connect partner conference in Orlando, which concluded last Friday. They will sit within the company’s IT Nation Evolve organization, which until August was known as HTG. ConnectWise purchased HTG in January.

Set to launch in January, the new M&A groups will provide concrete guidance from IT Nation Evolve facilitators on issues to consider and steps to take when entering the marketplace for managed service practices.

“[We’ll] get in the weeds with them, help them figure out the answers to these kind of questions, and then make decisions on how to really change their behavior to increase business value, or if you’re on the buy side, look at the terms and different tools they can use to finance and enable them to grow,” said Arlin Sorensen, vice president of IT Nation Evolve and founder of HTG, in a conversation last week with ChannelPro.

There will be separate groups for buyers and sellers. Both will provide a mix of peer-to-peer insights and expert-led instruction. “We’ll have a lot of subject matter expertise in the room to help educate along that journey,” Sorensen says.

Unlike IT Nation Evolve’s traditional MSP peer groups, which operate indefinitely, the M&A groups will run for one year, during which they’ll meet face to face four times. ConnectWise plans to have the first set of groups up and running in time for its Q1 2019 meetings, which kick off on January 28th in Phoenix.

Creating M&A-specific groups is one element of a broader push by ConnectWise to help partners navigate a managed services market that’s heating up rapidly. Indeed, according to data from Service Leadership, an MSP consultancy based in Plano, Texas, some 70 percent of MSPs plan to participate in an M&A transaction within the next five years. According to Sorensen, higher acquisition costs for net new managed service customers is a major contributor to uptick in activity among would-be buyers.

“You can spend a boatload of money on marketing and salespeople and get nothing,” he observes. “We’re seeing that as companies get a little bigger, they’re choosing the M&A route.”

The new seller groups will teach MSPs contemplating an acquisition how to capitalize on that demand. Resetting their expectations about what their business is worth on the open market, notes Sorensen, is the first step in that process.

“A lot of owners think that if they just work hard, somebody is going to write a check someday,” he says. They’re liable to be disappointed, he continues, if they mistakenly believe that overall sales figures, rather than subscription income, is what drives valuations.

Helping potential buyers and sellers find one another is another M&A-related goal for ConnectWise, which plans to host a series of in-person events for interested parties in 2019. An “M&A Deal Crawl” held at IT Nation Connect last week is the prototype for those meetings. About 100 partners, all of whom completed an application form in advance and signed a non-disclosure agreement, participated in that exercise. ConnectWise matched buyers and sellers based on their timeline, size, and profitability, among other variables. According to Sorensen, however, it does not plan to enter the M&A matchmaking business.