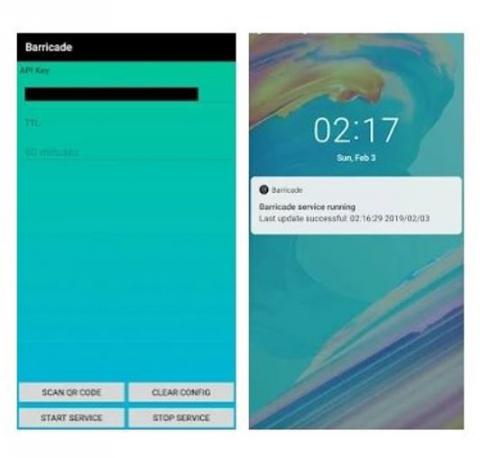 Both enhancements, which are part of the 2.0 release of BVoIP’s Barricade offering, arrive weeks after the addition of new mobile app and emergency message features to the unified communications vendor’s core PBX and integration platforms. By Rich Freeman
Tweet

Officially introduced in May, Barricade is a virtual firewall that limits call traffic to known locations only. The system lets users of pre-authenticated mobile devices temporarily “white list” calls from unfamiliar IP addresses as well via a smartphone app that serves as a secondary authentication factor.

The 2.0 version of Barricade, which is available now, features a new interface designed to make enabling and configuring the system significantly simpler. The goal is to encourage more BVoIP users to utilize the technology, which is an optional add-on provided at no extra cost.

“The easier it is, the more likely we’ll get people to turn it on,” says BVoIP CEO George Bardissi.

The updated release also enables optional backend security settings for new users by default. Those include protections against widely-used techniques for penetrating internet phone systems, such as brute force, denial of service, and SSH attacks. The end result, according to Bardissi, is reduced attack surface without additional effort by MSPs or their customers.

“We’re enforcing baseline measures for everyone in order to protect against the most obvious things that are happening,” he explains.

New as well in Barricade 2.0 is functionality that lets administrators limit which ports and services users can utilize when calling from specific IP addresses. “Instead of opening up everything, you can be selective on what is accessible,” Bardissi says.

The new Barricade release arrives weeks after multiple other enhancements to core BVoIP platforms. Last month, the company armed users of its iOS and Android apps to “park” calls, define speed dials, and add busy lamp fields. That same update added the ability to transfer calls to specific extensions, users, or outside numbers.

Most VoIP vendors, including BVoIP, have long included all of those capabilities in their desktop application. According to Bardissi, however, far fewer platforms provide such features to mobile users. “You would think these features are available on every mobile phone app, but they’re usually not,” he says, adding that many end users find that fact frustrating.

“We keep on seeing more and more customers of our partners asking for extension of the functionality you would expect on a desk phone to be available on the mobile phone app,” Bardissi notes. The main reason VoIP vendors struggle to meet such expectations, he continues, is that desktop software offers far more room than smartphone apps for displaying buttons and menus.

“You have more real estate to play with,” observes Bardissi, adding that BVoIP plans to continue looking for ways to overcome that constraint in the future. “As we launch more features, and integrations, and tie-ins to other applications from the desktop application, we’re going to want to extend that to the mobile app at the same time,” he says.

Premiering as well in December was new functionality in BVoIP’s 1Stream integration platform that lets organizations automatically send pre-recorded messages to paging groups or specific extensions during active shooter attacks and other emergencies.