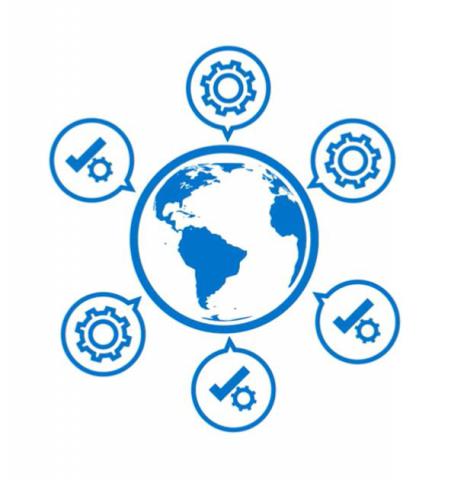 Barracuda Networks has shipped an updated edition of its Barracuda CloudGen Firewall with functionality designed to boost speed and security while promoting operational efficiency through increased automation.

Those are capabilities businesses of all sizes increasingly need amid skyrocketing adoption of hybrid cloud and SD-WAN solutions, according to Klaus Gheri, Barracuda’s vice president of network security.

“With the whole move to cloud, and cloud becoming the new normal, the data center’s moved [and] the workload’s moved, so we’re in a highly dispersed environment now,” he says. Managing, protecting, and optimizing the performance of that environment is a demanding challenge made all the more difficult by the scarcity of administrators with cloud and SD-WAN expertise.

Release 8 of Barracuda CloudGen Firewall, which is available now, addresses that challenge through a variety of new features, including “one-click” VPN deployment. “Historically, setting up VPNs has been difficult,” Gheri says. CloudGen Firewall now automates the process, though, enabling even administrators with limited VPN experience to establish connections rapidly.

“You don’t have to know anything about the VPN config,” Gheri notes.

Also new in Release 8 is a WAN Path Controller dashboard offering detailed reporting data through a centralized console. “It allows an admin to quickly retrieve information about the status of the global WAN—including cloud connections, not just the physical network—the performance of the various uplinks in terms of the current bandwidth available, what is the latency we typically see on those links [and], what is the breakdown in terms of application activity,” Gheri says.

“It may seem like a minor thing, but typically most of our customers use multiple virtual and physical appliances,” Gheri says.

“Any kind of popular software service, you can now break out directly and optimize for application performance,” Gheri says.

An overhaul of the CloudGen Firewall operating system, meanwhile, takes advantage of the latest speed-boosting technologies from public cloud providers like Microsoft and Amazon Web Services. The upshot, according to Barracuda, is a more than 100% performance improvement in the cloud over previous releases and an up to 50% jump in VPN performance.

Barracuda has more revisions to the CloudGen Firewall platform coming within the next few months, all of which will seek to make implementing, managing, and securing cloud solutions and SD-WANs simpler and less costly.

“We’re trying to address the need for automation and also the skills gap,” Gheri says. “Most of our customers have a hard time getting enough talent that can actually operate complicated products, so simplifying routine tasks, requiring less knowledge, becoming more efficient are key aspects of any kind of going-forward strategy for implementing new products.”

ChannelPro 5 Minute Roundup for the Week of May 23rd, 2022
END_OF_DOCUMENT_TOKEN_TO_BE_REPLACED