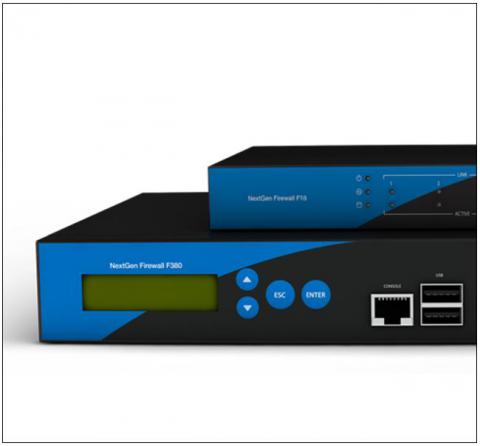 New support for Azure Virtual WAN in the vendor’s CloudGen Firewalls and an all-new cloud security optimization and remediation solution both aim to maximize the speed, safety, and efficiency of Office 365 and Microsoft Azure environments. By Rich Freeman
Tweet

Introduced in conjunction with this year’s Microsoft Inspire partner conference, now underway in Las Vegas, the new system reaches market days after the introduction of a cloud security optimization and remediation solution for Microsoft Azure. Both offerings are designed to help Microsoft partners and the customers they serve maximize the speed, safety, and efficiency of their Office 365 and Azure deployments.

The new CloudGen Firewall is designed to help branch offices and other remote sites improve the performance of Office 365 and other Microsoft cloud workloads. “What a lot of companies do is they’ll route the traffic back to a headquarters, and then the headquarters will send it out to Office 365 through the internet,” says Tim Jefferson, Barracuda’s senior vice president for data protection, network, and application security.  Those that use CloudGen Firewalls, however, can now define and enforce local breakout policies that stream cloud traffic directly from the user location to the nearest Microsoft network location via Azure vWAN.

Partners can provision the service centrally, as well, rather than send technicians to multiple customer offices. “What we’ve done is try to make it as easy to deploy as possible by creating a zero-touch deploy model,” says Jefferson. “Literally, the IT guy can ship the boxes out to the 20 or 30 branch offices and then the local staff there just has to plug it in.”

The new functionality is available immediately to all CloudGen Firewall users at no additional cost.

The addition of Azure vWAN support to CloudGen Firewall responds directly to input from partners rolling out both Office 365 seats and SD-WAN services in rising volumes. “A lot of partners have been telling us that some of the biggest challenges their customers are having migrating to Office 365, especially at remote offices, is just the additional load on the WAN and making sure that the wide-area network configuration, routing, and networking is prepared to support those new services,” Jefferson says.

Microsoft partners can use the new functionality to increase the value, and hence price, of their Office 365 services, or to expand beyond Office 365 deployments into more demanding projects relocating workloads into Microsoft Azure.

“Provisioning in Azure vWAN can reduce a lot of the infrastructure costs and improve the performance of Azure application migration,” Jefferson says. “It’s a great opportunity for partners to expand their service offering and add more value.”

Jabra PanaCast Review - Get Your Huddle On
END_OF_DOCUMENT_TOKEN_TO_BE_REPLACED