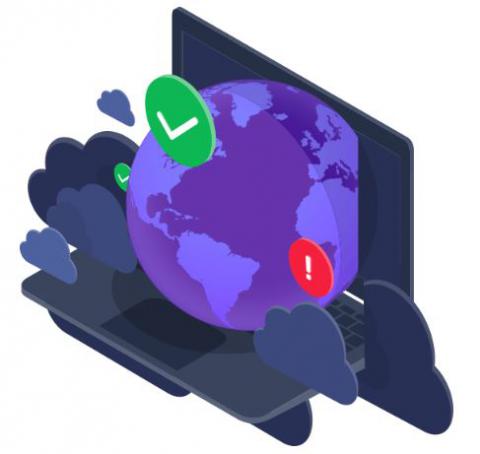 Based on technology from Zscaler, the new cloud-based solution is designed to put affordable, easily-deployed, enterprise-grade web protection within reach of SMBs. By Rich Freeman
Tweet

Avast Business has added a cloud-based secure web gateway product to its portfolio of security solutions.

Based on technology from Zscaler Inc., the system is designed to bring enterprise-grade web protection capabilities to small and midsize businesses, according to Senior Product Manager Gill Langston, who spoke with ChannelPro last week at the RSA Conference in San Francisco.

“SMBs traditionally kind of suffer in that area,” he says. “They do their endpoint security and they think they’re good, but in this day and age they’re realizing that that’s not enough anymore.”

Avast Business Secure Web Gateway, as its officially known, utilizes DNS filtering as a first layer of protection. “That’s the easiest way to do this,” Langston says. “If you know the domain is bad, you just block it.”

The solution can also route suspicious URLs not on known-bad lists for further inspection. That analysis draws on 21 threat feeds, as well as artificial intelligence technology. According to Langston, the system automatically shares information about newly identified malicious sites with all of its users globally.

“Through 100,000 micro-updates a day, [we] make sure that that gets turned around and protects everybody,” he says.

Hosting the system in the cloud allows businesses to benefit from web filtering without suffering from the performance impact of locally-installed appliances, Langston continues.

“Unfortunately, now what people do is they buy some box and they dump it in the environment, and they set up filtering on it and turn on SSL,” he says. “Then they get bottlenecks and they have problems and they turn off SSL, and they’re missing most of the threats.”

Cloud hosting also makes Avast Business Secure Web Gateway easier to install, according to Langston, who says customers can deploy the system in as little as five minutes. “You can set up Secure Web Gateway without having any hardware, anything to do other than to subscribe to the service, register your public IP, forward your DNS, and apply policy,” he says.

To protect mobile users, the new system comes with a local agent that resides on user endpoints. “It’s like having that cloud web filtering no matter where you go,” Langston says. “Everyone is protected. When they leave the network, the policy follows them.”

Pricing for the new solution is based on per-user rates. “On the small end, I’d say it’s somewhere around $30 a user per year,” Langston notes.

Avast Business Secure Web Gateway is the latest addition to a security suite that includes antivirus software, email security and BDR services, and the centralized CloudCare reporting and management console. According to Langston, further components will join those existing ones in the future, including a patch management application currently in beta testing.

“Our vision at Avast Business is to offer all the core layers of security in an easy to manage platform,” he says.