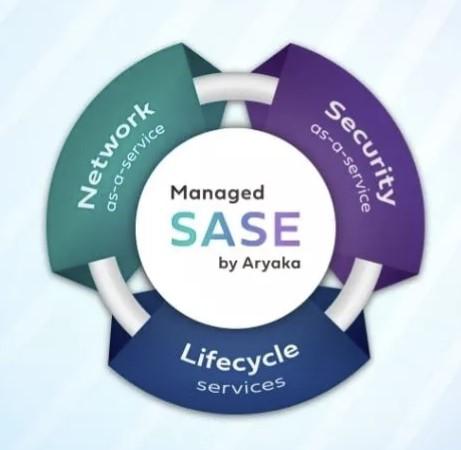 “It’s just really the next step in bringing to market a complete set of cloud edge security capabilities,” he says.

“You can have role-based access where certain groups like marketing are allowed to go to LinkedIn or Facebook during the day because they need to,” Ginsburg says, noting that the feature lets businesses limit access to specific times of day if they wish.

Aryaka’s secure web gateway joins existing VPN and firewall-as-a-service components in an integrated networking/security solution that also includes SD-WAN, WAN optimization, WAN acceleration, bandwidth aggregation, and other network-as-a-service features, plus a variety of backend managements services. The entire package is delivered on the vendor’s traditional fiber-based Layer 2 infrastructure and its more recently introduced Layer 3 backbone, both of which are in turn supported by over 40 global points of presence. Aryaka is currently building an additional 15 PoPs as well.

The entire solution shares a single-pass architecture with one management plane, control plane, and distributed data plane. The end result, according to Ginsburg, is a truly “unified SASE” platform.

“It’s a single code base and a single set of functions,” he says. “It’s really a common experience, a common set of capabilities, whether you’re a remote worker or whether you’re on premises.”

The solution’s unified foundation allows Aryaka to deploy it faster and more easily as well, Ginsburg continues, while enabling service providers to offer tightly bundled connectivity and security services to customers with hybrid workforces. “It really gives additional stickiness that our channel partners can leverage in addressing their customer’s business concerns,” he says.

The solution is fully managed by Aryaka, he adds, which allows channel pros and end users to deploy SASE technology without first investing in SASE expertise. “It doesn’t require hiring skills, training, budgeting, anything like that,” Ginsburg says. “It’s really one-stop shopping.”

A co-management feature delivered through the self-serve MyAryaka portal enables organizations to perform some or all management duties themselves instead.

Partners receive a percentage of the solution’s total contract value and can add further margin by bundling in additional services like unified communications, Ginsburg notes.