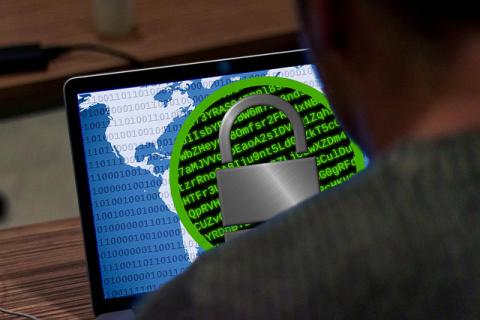 The new Acronis Backup 12.5 includes a host of additional enhancements, and is the first release to come in both standard and advanced editions.

Acronis International GmbH has released an updated edition of its flagship data protection solution for businesses that includes anti-ransomware functionality and file integrity features based on blockchain technology.

The three most notable of those enhancements debuted in Acronis’s consumer-oriented True Image 2017 New Generation product in January, and are available to commercial users now for the first time. They include a technology called Active Protection that’s designed to block ransomware in real time and rapidly roll infected files back to their pre-attack state.

“The user never even sees it,” says Frank Jablonski, vice president of product marketing at Acronis, whose U.S. headquarters are in Burlington, Mass. “It happens that fast.”

“We were able to block WannaCry immediately,” he says. “We had a day zero response to that.”

Acronis Notary, which helps users confirm the integrity of protected data via blockchain technology, is another new feature in Acronis Backup that first appeared in January.

Blockchain, which was originally developed in conjunction with the digital currency Bitcoin, utilizes a secure public ledger to verify the legitimacy and integrity of financial transactions. Acronis has been experimenting with blockchain for over a year, and is one of many software developers pursuing new uses for it.

Acronis Notary, for example, uses a blockchain to store hash values derived from backups and other protected files. Comparing those values to newly generated ones allows businesses to affirm that the corresponding data hasn’t been tampered with by outsiders.

“When you come back later you can validate that the backup or the particular file was not changed since you notarized it,” Jablonski says.

That can be useful for regulatory compliance purposes, he adds, and helps companies struck by malware ensure that backed up data they wish to use for recovery purposes hasn’t been corrupted as well.

Other new features in Acronis Backup 12.5 include an enhanced management interface that allows companies to assign partial, role-based access privileges to administrators with departmental or remote office responsibilities, and the ability to offload resource-intensive processing activities like snapshotting from core servers to less utilized machines or to storage-area networks.

“The whole point there is to reduce backup resource utilization on production systems and push it off onto things like storage,” Jablonski says.

Storage offloading is currently limited to SANs from NetApp Inc., of Sunnyvale, Calif., but Acronis plans to extend it to additional platforms later this year.

Version 12.5 is the first Acronis Backup release to come in two editions, standard and advanced. Both include Active Protection, but only the advanced edition incorporates Acronis Notary and role-based administrative access rights, among other new features.