The 20 Adopts Software from Deep Instinct as Endpoint Protection Standard 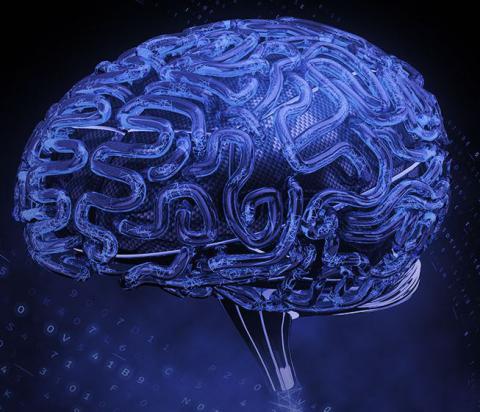 The MSP co-op will employ Deep Instinct’s next-generation, behavior-based security solution, which is powered by “deep learning” technology, to safeguard its entire fleet of endpoints under management. By Rich Freeman
Tweet

Managed services cooperative The 20 has signed an agreement to make software from Deep Instinct Ltd. its new group-wide standard for endpoint security.

The announcement was made last week in conjunction with The 20’s 2018 Vision conference for member MSPs, which concluded Saturday in Dallas.

Deep Instinct, whose global headquarters are in New York, makes next-generation, behavior-based endpoint protection software powered by “deep learning,” an advanced form of machine learning. Security systems based on ordinary machine learning, the company says, require instructions from human engineers on characteristics to look for when assessing potential threats. Deep learning-based systems, by contrast, are intelligent enough to learn over time, in a fully autonomous manner, what is or isn’t safe.

“It’s a superior product to anything on the market right now,” says Tim Conkle, The 20’s CEO.

That includes sophisticated, behavior-based endpoint detection and response solutions from vendors like SentinelOne, he continues. Those systems identify and address attacks after they’ve occurred.

“Then we’ve got to deal with all the side effects or after effects of CryptoLocker or any of those things,” Conkle notes. Deep Instinct, he says, blocks previously unseen exploits before they strike.

Early deployment results, Conkle states, prove the Deep Instinct solution’s effectiveness. Running on 1,000 endpoints over a 30-day period, the system detected some 1,200 more worms, viruses, and other threats than a set of 20 security solutions from other vendors the organization tested in parallel.

Headquartered in Plano, Texas, The 20 is a collection of independently-owned MSPs that share common tools, processes, and services, including a U.S.-based 24/7 help desk. Its name derives from the organization’s long-term goal of commanding the top 20 percent of the U.S. managed services marketplace.

The 20’s group buying power allows it to negotiate discounted pricing on standardized solutions. In an additional, contractually-mandated concession, Deep Instinct put six months of effort into re-architecting its software to accommodate The 20’s requirements, which include multi-tenancy and support for “parent-child” deployments. The latter feature allows each of The 20’s member MSPs to have its own discrete implementation of the Deep Instinct solution while sharing information with the group’s headquarters operation.

IT management software maker Kaseya Ltd. ade similar changes to its RMM and PSA software last year in connection with a successful bid to win The 20’s business.

Deep Instinct has also agreed to make The 20 the sole authorized distributor of its product in the U.S. for deals involving up to 1,000 endpoints. As a result, channel pros outside of The 20 who wish to use Deep Instinct’s software to protect SMB clients will have to purchase the system from one of The 20’s member MSPs. Conkle expects to sign similar agreements with additional vendors in the future.

“You will see strategic relationships where it goes deeper than just The 20 buying a product,” he says.

Full-scale implementation of Deep Instinct on all of the endpoints The 20 manages should be complete within 90 to 120 days. That effort is one prong of a larger company-wide rollout of centralized, enterprise-grade security technologies set to unfold over the next six months.

LG Gram for Business 17 (2020): Big Reasons to Like It
END_OF_DOCUMENT_TOKEN_TO_BE_REPLACED