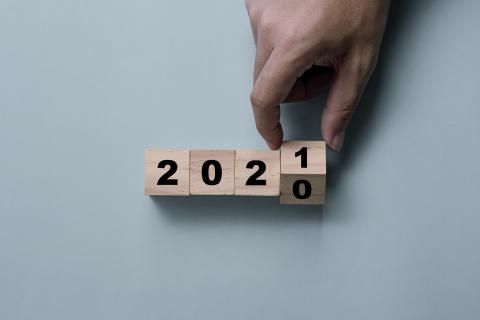 Chip makers are veering from their lanes as features like AI cross over from smartphones to client devices and the data center. By James E. Gaskin
Tweet

PROCESSOR COMPANIES made big news last year with NVIDIA buying Arm and AMD buying Xilinx. But that was 2020 and odd things happened. Will 2021 be a "normal" year in the processor market? Probably not.

For starters, smartphone features are crossing over to client devices and the data center. One example is artificial intelligence (AI). "Artificial intelligence that started in the phone will carry over to the PC space for things like voice recognition, image processing, and handling language,” says Linley Gwennap, principal analyst of the Linley Group. “People are getting used to talking to Alexa and some of those features on the PC will be easier when AI is built in."

While Qualcomm and Apple are putting AI hardware on chips originally meant for mobile devices to increase battery life and reduce heat, however, Intel still too often thinks like the old desktop days, Gwennap says. Its push is to run AI on the CPU so it can sell bigger CPUs.

Gwennap calls AI in client devices a “megatrend” that will also be embraced more and more in data centers and clouds for web services and the like, fueling greater AI chip demand.

Another clear trend is that processor companies are no longer staying in their lanes. System builders can expect a growing number of competitors for Intel with more choices. Along with traditional CPU and GPU options, Gwennap says, builders will see new Arm CPUs from vendors like Qualcomm for 2-in-1 PCs. Amazon, meanwhile, is deploying Arm chips in its data centers. Arm proved its value in phones and mobile devices, Gwennap says, and it's getting into the data center in a big way.

For its part, Qualcomm will be bringing out its next-generation premium smartphone chips, "and it's making some inroads into the PC space, with a new PC-centric processor next year," Gwennap notes. In addition, Qualcomm's first AI chip for the data center will ship in 2021 “and it looks pretty impressive," he says.

To help with heat and power, a Qualcomm GPU will give similar performance using only 75 watts rather than 300 watts for current chips. "In phones it's all about battery life," he adds, "but in data centers it's rack power, and you can run four Qualcomm chips versus one NVIDIA GPU with the same power."

And speaking of NVIDIA GPUs, the chip maker "is now building the world's largest GPU with 58 billion transistors," says Jon Peddie, president of Peddie Research. In addition, NVIDIA will seek to run everything in the data center on Arm chips and its GPUs, predicts Gwennap, who expects GPU sales in the data center to go through the roof.

Of course, NVIDIA may not even close the Arm acquisition this year, he adds. "Even if all goes well, it takes a year for an acquisition of that size." In the meantime, the company will keep moving forward with its new Ampere architecture, which will have AI and high-performance computing as its foundation.

For its Iris Xe GPU product line, Intel will follow the strategy of the PC industry, which “will move to chiplets,” says Peddie. “Qualcomm will keep doing what it has for a few more generations and will be challenged by the Apple M1 on performance per watt."

All in all, there’s much to look forward to in 2021. "Strong competition between Intel and AMD [is] causing both companies to operate at their peaks,” says Jon Bach, president of Auburn, Wash.-based Puget Systems, a workstation builder. “We've already seen some of the biggest generational performance gains in a very long time, and I believe the best is yet to come. Exciting times!"

ICYMI: Our Channel News Roundup for the Week of January 23rd, 2023
END_OF_DOCUMENT_TOKEN_TO_BE_REPLACED