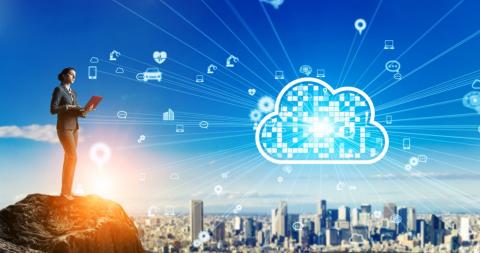 From Ethernet and Wi-Fi to LTE, private LTE, and 5G, there are lots of different ways to connect your customers’ edge computing environments to the cloud. By James E. Gaskin
Tweet

"THE EDGE" used to mean desktops and laptops, and they connected over Wi-Fi if portable and Ethernet LANs if not. Then came tablets that used LTE, a standard for wireless broadband communications over cellular carrier networks. Now “the edge” includes Internet of Things devices that are small, have little power, and often are spread far and wide. As a result, channel pros need to consider which edge connectivity option makes the most sense for particular edge devices.

There are three broad categories of edge device with different connectivity requirements, according to Bruce Chatterley: "Those with power that need high bandwidth, those that need high bandwidth and two-way communications, and those with low power that need a wide-area network." Chatterley is the CEO of Senet, a telecom company running Long-Range, Wide-Area Networks (LoRaWAN) in 80 countries.

Those products, which must operate for years on a battery and therefore send minimal data to the cloud, are good candidates for connectivity services based on Low-Power, Wide Area Network (LPWAN), a protocol that supports a range of networks optimized for low-power IoT sensors spread over miles, regions, or the country.

One major LPWAN option is the LoRaWAN specification, shepherded by the fast-growing LoRa Alliance. It uses unlicensed radio spectrum, supports longer device battery life, and allows firms to set up public and private networks like Senet has done.

Other options under the LPWAN umbrella include Narrowband IoT (NB-IoT) and LTE-M (for machines), which rely on licensed phone carrier networks; Zigbee, a standard using license-free 2.4 GHz frequencies (IEEE 802.15.4) in smart homes and commercial installations; and Sigfox, a proprietary network standard popular in Europe for devices that send small bursts of data infrequently.

With all these options, channel pros need to guide their customers to the most appropriate and cost-effective solution for specific applications. For instance, "We're starting to see interest in smart agriculture with LoRa radio," says Kurt Michel, senior vice president of marketing at Veea, a manufacturer of IoT edge devices and network services. "Farms might use Wi-Fi for cameras to watch cattle, but LoRaWAN to upload data from moisture sensors in acres and acres of fields."

Another application is education. Veea supports more than 300 schools in Asia over a LoRaWAN network that lets students download lessons to their tablet.

Veea's VeeaHub Smart Edge Nodes and gateways support IoT devices with Wi-Fi, Bluetooth, Zigbee, and LoRaWAN, and connect them upstream via Ethernet or 4G LTE. They also support Docker containerized applications, developed by the Cambridge, Mass.-based company of the same name, to do local processing. "If all your cameras connect directly to the cloud," says Michel, "it gets expensive quickly. A gateway uses a single connection to support multiple devices," so each camera talks to the gateway rather than the cloud directly.

Going forward, 5G may be the hot ticket for new devices, but "the vast amount of IoT in the short term is perfectly well served by 4G or Ethernet," says Michel. "[Only] 4K cameras for AI processing and the like will need 5G."

The LoRaWAN networks Senet supports through its 100% channel go-to-market strategy are reusable too. "When you build a network for meter reading, you can then add asset tracking, environmental monitoring, and restaurant food freezer temperature monitors," Chatterley says.

In the end, how you connect edge hardware depends on your customers’ needs. Devices that require access to power will benefit from more bandwidth upstream through Ethernet over cable or fiber. IoT devices in factories and commercial settings can often use Wi-Fi to reach a gateway or smart edge device. And when you must connect thousands of battery-powered devices, like Senet's project monitoring soil moisture stakes across Holland, investigate LoRaWAN.

LG Gram for Business 17 (2020): Big Reasons to Like It
END_OF_DOCUMENT_TOKEN_TO_BE_REPLACED