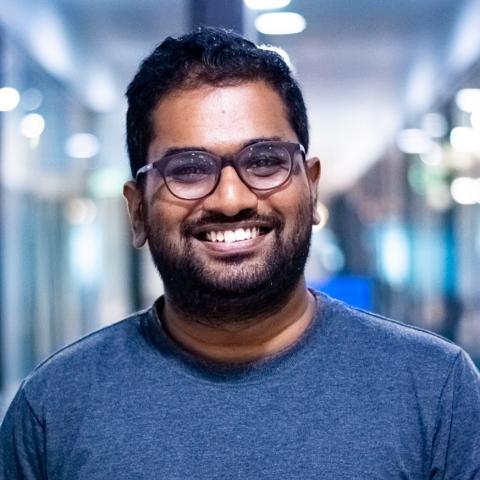 GENERALLY SPEAKING, the start of a global public health crisis isn’t the best time to launch a new business. Yet early 2020 is precisely when SuperOps.ai, a newcomer to the world of MSP tools founded by veterans of Freshworks and Zoho’s ManageEngine RMM unit, set out to create its heavily integrated suite of RMM, PSA, and documentation products.

“We literally built the product during the pandemic,” says Sanjeev NC (pictured), the company’s product manager.

That seemingly unfortunate timing is great news for MSPs who want state-of-the-art technology. SuperOps.ai products all include a cloud-first architecture; a clean, modern interface; and a lengthy list of latest-generation security features.

They also come with something hinted at by the suffix in the company’s name—artificial intelligence functionality that automatically routes new tickets to appropriate technicians and flags unusual alerts meriting immediate attention. An “intelligent invoicing” feature, meanwhile, calculates appropriate charges and sends bills to end users automatically.

NC expects “modern MSPs” shopping for their first toolset and looking for cutting-edge solutions to be early adopters of SuperOps.ai software, but more established firms tired of overpaying for functionality in their current software that they never use might consider switching platforms too.

“We’re probably going to do everything that you want to do and for a much lower price,” NC says, noting that SuperOps.ai subscriptions start at $89 per user per month, billed annually, and rise to an all-included plan that costs $129 a user per month. Solo MSPs with no employees can run the complete platform free for one year as well.

Best of all, NC adds, SuperOps.ai’s youth gives it an important edge over rivals: agility. Users get action on their feature requests fast.

“If it’s a bug fix or something, you could see it in production almost the next day,” NC says. “We’re pretty nimble.”

ChannelPro 5 Minute Roundup for the Week of May 23rd, 2022
END_OF_DOCUMENT_TOKEN_TO_BE_REPLACED