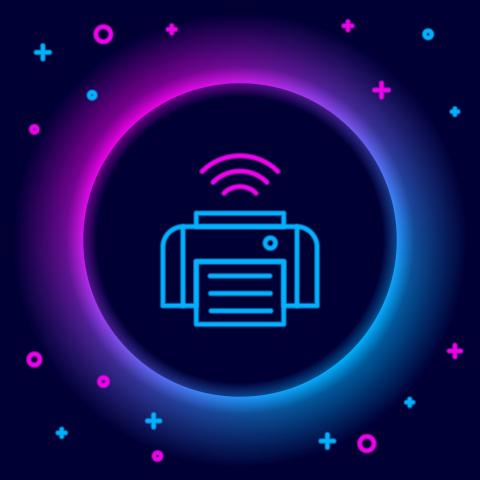 PRINTERS always had some level of computational ability, but no one called them “intelligent.” Now, multifunction printers (MFPs) with added support for better security, document routing, cloud integration, and collaboration have earned the “smart printer” label.

"Smart printers do more than just print, copy, scan, fax," says Kathleen Dwyer-Wirth, owner of Wirth Consulting, in Denville, N.J. "They can automate business processes such as routing scanned documents, and even notify users of missing areas or data in scanned pages." Other features include mobile device support, cloud-based monitoring and management, and optical character recognition software that scans and converts printed pages to text within the printer and exports a digital file.

Most smart printers are MFPs because the scan function is an important component, says Dwyer-Wirth, although smart features now appear on all types of printers. Buyers can typically use optional add-ons, delivered via platforms like Sharp’s Open System Architecture, to customize the “smart” elements of a smart printer to their workflow needs and pay only for the modules necessary on a particular machine, she adds.

In addition to Sharp, top-rated smart printers are available from office product vendors like Canon, Konica Minolta, and Toshiba. In the IT space, HP and Lexmark both have smart modules for their printers, says Dwyer-Wirth. "Some vendors, like HP, can extend some or all of their smart features to home printers for remote workers," she notes.

Each vendor offers its own cloud management tools for monitoring ink levels, paper use, and even secure file exchange, including fax operations for those industries that still rely on faxes, such as medical and real estate.

Security is a key component of a modern smart printer, says Kevin Beaver, principal information security consultant at Principle Logic, in the Atlanta area. "It's crazy how vulnerable traditional network printers can be,” he says. The problem is so well-known that the TV show The Blacklist had a villain hack an FBI printer to identify an undercover agent (S9 E12).

"Modern network vulnerability tools often have an option to not scan network printers because of all the extra noise and security findings they will generate," Beaver notes.

Smart printers address these shortcomings by adding modern threat detection and whitelisting capabilities like those found on workstations; encrypted communications for email, web, and FTP; and granular user permissions, he continues. “They may include encrypted hard drives."

User controls help eliminate paper waste and the classic "grab the wrong printout" security mistake. Printers can authenticate users before processing their print jobs, for example, and limit user output based on their privileges.

ChannelPro 5 Minute Roundup for the Week of January 23rd, 2023
END_OF_DOCUMENT_TOKEN_TO_BE_REPLACED