Open Sez You to Alibaba? 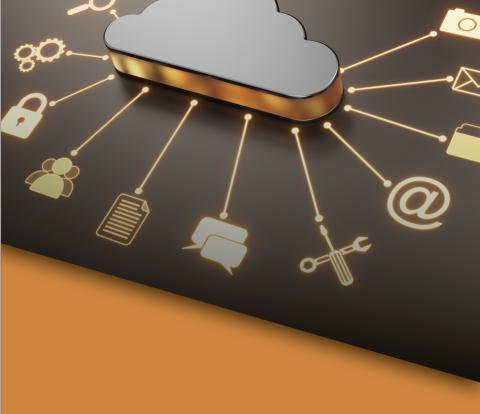 With offerings including hybrid cloud, security, SAP, IoT, and myriad others, there could be potential for channel partners to enjoy a first-mover advantage. By Jessica Meek
Tweet

ALIBABA—China’s biggest cloud company—has set its sights on North America. Its two U.S. data centers—one in Virginia and the other in Silicon Valley—have already been operating for five years after a $1 billion global cloud push in 2015. And its steady growth rate is “well above” the total cloud market, according to experts.

However, while Alibaba enjoys massive market share in Asia, penetrating the U.S. and Canada may prove more challenging given the foothold of AWS, Microsoft, and Google.

Channel partners should be following Alibaba’s progress carefully. With offerings including hybrid cloud, security, SAP, IoT, and myriad others, there could be potential for them to enjoy a first-mover advantage by signing up sooner rather than later.

But just how significant is Alibaba in North America? According to John Dinsdale, chief analyst at Synergy Research Group, Alibaba has “started to build a presence” in the U.S., offering a channel partner program, a technology partner program, and the Alibaba Cloud Partner Network. But it’s yet to make a big impact in the cloud space, Dinsdale says, and the main reason is the competition. “This is the home market of Amazon, Microsoft, Google, IBM, Oracle, and others,” Dinsdale says. “They all have name recognition, strong brands, and a wealth of experience in the local market. Alibaba has to somehow combat that and carve out a successful niche for itself.”

Pam Miller, director of infrastructure channels research, in the channels and alliances group at IDC, says Alibaba’s Chinese heritage is also a potential challenge. Of note, the two-year trade dispute between the U.S. and China has created an air of uncertainty.

However, both Miller and Dinsdale concur that Alibaba has some advantages at play. Its “huge” marketplace is one, Miller says. And its “aggressive” growth another, says Dinsdale: “Its growth rate is well above the total cloud market, so it’s gradually increasing its market share. It’s now the fifth largest cloud provider in the world.”

For partners considering Alibaba’s cloud services, Miller advises understanding the power in the Alibaba marketplace. She explains that to get to a particular use case for a customer, multiple vendors may be involved, “and to the extent that all of those elements are available on the Alibaba marketplace, then it's to the partners’ advantage to work with them.”

She also points out that while Alibaba faces a tough journey against established cloud players, many channel pros left the original players when Google came into the market and offered partners a significant position in a particular marketplace—one they couldn’t get with existing vendors.

“To the extent that cloud providers are picking key partners to help them penetrate a particular marketplace, there’s an opportunity for a partner to invest in Alibaba because it's hard to get that position elsewhere, because those kind of slots and power positions are already taken,” Miller says.

Veeam Highlights New and Forthcoming Product Updates at VeeamON Partner Conference
May 28th, 2021
IBM Cloud Satellite Enables Clients to Deliver Cloud Securely in Any Environment Including at the Edge
March 1st, 2021
Mobile Workers Will Be 60% of the Total U.S. Workforce by 2024, According to IDC
September 1st, 2020

Acronis Adds Advanced File Sync and Share Pack to Cyber Protect Cloud
How Would You Rate Your Help Desk?
END_OF_DOCUMENT_TOKEN_TO_BE_REPLACED

Jabra PanaCast Review - Get Your Huddle On
END_OF_DOCUMENT_TOKEN_TO_BE_REPLACED