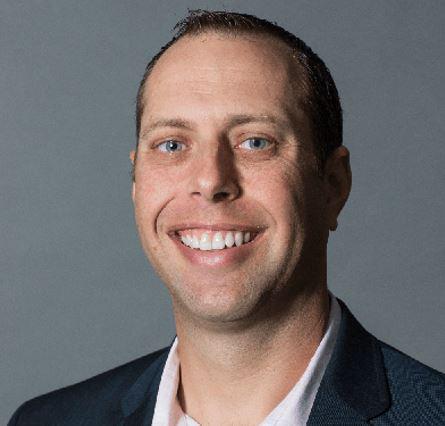 According to company exec Ben Niernberg (pictured), the Midwest solution provider is helping employees and customers maintain personal connections at a time when the coronavirus has made physical closeness dangerous. By Rich Freeman
Tweet

Social distancing, many have observed, should really be called physical distancing. It’s physical proximity with others, after all, that must be kept to a minimum these days to slow the spread of the coronavirus. Social contact is more important than ever in this time of uncertainty, and its absence has been painfully felt.

“We’re more connected than ever, but we’re not having the interaction anymore and we’re not next to people anymore,” notes Ben Niernberg, executive vice president of MNJ Technologies, a solution provider based in Buffalo Grove, Ill. “We’re missing the human touch, and there are millions of us that thrive off of that.”

Replicating it digitally as best as possible has been a focus for MNJ since stay-at-home orders went into effect in Illinois on March 21st. Employees who used to catch up with each other on customer needs or operational challenges in the office, for example, now do it in “daily huddle” meetings online every morning instead.

But MNJ has made purely social comradery of the kind that brings people together even when they’re physically far apart a priority as well. Twice a week, the company hosts “story time” videoconferences for people home with kids. Employees have hosted wine education classes, and a cooking class is coming up soon.

All of that has kept morale strong at the company, but also revealed something MNJ can do to help its customers through the current crisis beyond merely equipping them with laptops and VPN links.

“Initially, we were concerned about just enabling people from a technology standpoint,” Niernberg says. “In the second stage, we [saw] that technology also needed to be a way that people could connect and stay connected.”

As a result, Niernberg and the rest of the company’s leaders have instructed technicians to share MNJ’s own best practices for turning workplace conferencing tools into social gathering spots.

“We had to help our IT professionals understand that their job is no longer just about enabling a remote workforce, but it’s about creating climate and culture for companies,” Niernberg says.

MNJ’s salespeople now discuss emotional as well as technical needs with clients too. “We talk to them simply about making sure our customers are okay, and asking things like, ‘Hey, how are you doing? How are you holding up?’”

The value of that kind of outreach is one of many lessons Niernberg and his colleagues have had to learn fast in recent weeks. Life in MNJ’s home state changed from mostly normal to completely unfamiliar all but overnight.

“We went in Illinois from, ‘Hey, don’t go to bars and restaurants and let’s stay six feet apart’ to, ‘we’re now going to have a stay-at-home policy in place at the state level’ within like a 72-hour window,” Niernberg says.

That left a lot of customers totally unprepared for remote work. Like everyone else in the industry, MNJ has been scrambling to equip customers with the PCs, network connections, and collaboration software they need to setup home offices. Unlike many of its peers, though, the company has had relatively little trouble acquiring that gear despite the inventory disruptions that have made many products hard to find at present. Niernberg credits the years of effort MNJ has invested in forging deep ties with suppliers for the difference.

Kaseya Acquires ConnectBooster
Oct 13: Your RMM Is Your Most Important Security Tool – 5 Tips To Reduce Risk and Grow MRR
END_OF_DOCUMENT_TOKEN_TO_BE_REPLACED