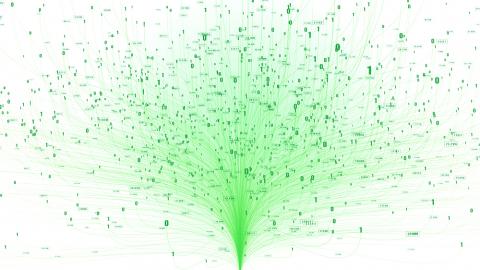 Now may be a good time to get in on the ground floor of building a managed services business around IoT solutions. By James E. Gaskin
Tweet

DESIGNING AND DELIVERING IoT solutions can be a lucrative source of project revenue. Managing IoT solutions, or operating them on an outsourced basis, can be a rich source of recurring revenue. It’s a business model MSPs are already familiar with, but managing the billions of IoT devices currently installed and planned is an even bigger job than managing a traditional IT network. Does it make sense to start your IoT-MSP practice?

For MSP Mike Bloomfield, it does. The president geek of Tekie Geek, based in Staten Island, N.Y., is offering both business and residential IoT management services. For his business clients, he says, there is some overlap with the types of services MSPs typically offer, such as managing Wi-Fi access points.

One big difference, though, is IoT projects often fall into the operations technology basket, not IT, which requires a different approach than selling a PC, according to Knocke. "Integrators are comfortable justifying new PCs for customers. IoT projects get into business questions and the operations side, and those talks make some integrators uncomfortable."

A good way to get started with IoT management is to work with existing customers as they start doing IoT projects, Knocke suggests. For example, the plumbing company with your VoIP system is a good candidate for fleet management to track its trucks.

Be aware, though, that additional management tools and training will be required, Bloomfield says. "Go through whatever training your vendor offers. I take the training myself and train my nine employees."

Tekie Geek uses an RMM tool from Kaseya for his managed services customers, and he's testing the Domotz RMM for IoT devices. "Domotz made IoT monitoring very easy,” Bloomfield says. He has also used OvrC RMM on-premise hubs, which are a one-time cost vs. a monthly fee for Domotz, “but don't give you the same amount of power."

Is the profit potential worth the extra tools and training? Yes, says Bloomfield.

"IoT is still new, but we're making money, backing IoT support into the cost,” he explains. “We sell some equipment but at a lower margin level like for Sonos [home sound systems]. Hardware automation controllers are better, with enough margin on the back end. For businesses, IoT monitoring becomes part of the workstation cost for other devices."

The Year Ahead in Processors
Tech Together: How AI, Blockchain, Drones and IoT Can Safeguard the Supply Chain
END_OF_DOCUMENT_TOKEN_TO_BE_REPLACED

Jabra PanaCast Review - Get Your Huddle On
END_OF_DOCUMENT_TOKEN_TO_BE_REPLACED