ICYMI: Our Channel News Roundup for the Week of September 7th 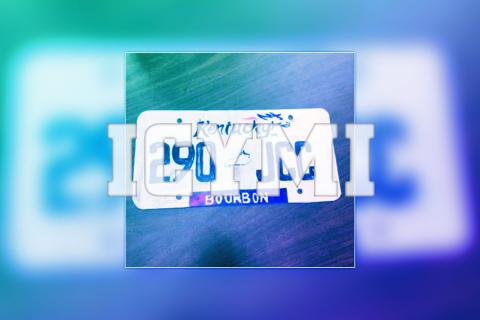 News from Nutanix, Trend Micro, ViewSonic, and Kentucky Man (your new rival, Florida Man) are just a few of the stories we meant to tell you about but didn’t until now. By James E. Gaskin
Tweet

Do you feel better about fall after watching the Kansas City Chiefs beat the Houston Texans 34-20 last night? Based on how these teams looked, perhaps we never needed four preseason games after all. Get your fantasy league ready for this weekend right after you catch up with these newsbits that snuck by this week.

News from .NEXT. At its .NEXT virtual conference this week, Nutanix announced Elevate, a global partner program designed to re-define the partner engagement journey. All Nutanix partners (VARs, VADs, telcos, and the rest) will now be under one integrated umbrella to better address the multicloud era. As part of that plan, Nutanix pulled the curtain on Karbon Platform Services, a Kubernetes-based multicloud PaaS. Automated system-managed security and microservices-based apps and more. 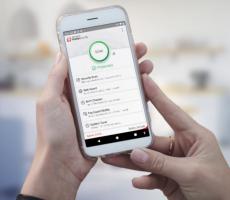 Security news. Does anyone still have their online identity intact? Home (and work-from-home?) users signing up for the new Trend Micro Premium Security Suite will have a much better chance. PC and Mac, including related mobile devices (mobile app pictured), Wi-Fi protection, password management, and other goodies.

If your physical keys are hard to keep track of, how do you handle the million SSH keys your company or clients might have? One option is the now-released SSH Key Manager for Keyfactor Command. Complete certification lifecycle automation and PKI-as-a-Service platform. 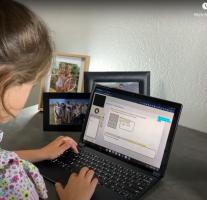 Work-from-home news. Football isn’t the only game rolling out this week. Those in the education biz should take a look at the ViewSonic myViewBoard Classroom Software (pictured) for remote and hybrid-based learning. Built for the new school environment we find ourselves in. Can you stick your gum under a virtual desk?

Jabra may have started with in-ear products, but it just added a new model to its list of professional speakerphones. Say hello to the Jabra Speak 750. Great for home, office, home office, or even remote. Do they have a yappy dog filter?

Zoho has been helping folks with a coordinated and collaborative suite for years. Now available is a reimagined and updated Zoho Workplace. All the tools most people need for most work, plus a batch of other specialized apps one click away.

Chenbro has added a new server to its NVMe lineup. Check out the Chenbro RB238G13-U04 Hybrid Storage System, a 2U server in the barebone server category. Complies with Apache Pass, Intel VROC, and Redfish. 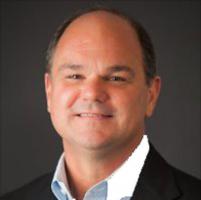 MetTel rolled out the red carpet for Robert Dapkiewicz joining as general manager and senior vice president and lead of MetTel’s Federal Program.

Starting in Raleigh, N.C., RIoT and its RIoT Accelerator Program (RAP) have helped spur IoT development with hands-on training and business support. As usual, success just means more work, meaning new locations in this case. Folks in Virginia and Colorado now have their own RIoT offices. New additions Amber Cobb and Chris Meyer are ready to help you as well.

Think cybercriminals quit during this COVID-19 mess? Just the opposite. The new Acronis Cyber Readiness Report surveyed 3,400 global companies and remote workers. 92% of the companies say they’ve adopted new technologies to enable remote work, including endpoint security. 39% experienced a videoconferencing attack in the past three months. 31% report daily ransomware cyberattacks while half get hit “only” once a week. Phishing attacks are now at historic levels. Perhaps the fact that only 2% of companies consider URL filtering when evaluating cybersecurity solutions has something to do with that.

A new SMB survey by the Cyber Readiness Institute found that 56% of owners believe their employees use of social media can pose a cybersecurity threat. Hard to block that threat when 82% of those same employers allow employees to use personal device to access work email and other data. 64% admit more than half of their workers have social media apps on the devices they use for work. Which apps, you ask? 50% use Facebook, followed by Instagram at 39%. TikTok, the focus of much recent discussion, only appears in reports from 13% of owners. But then, 46% of employers say they are not sure, or have no clue, what social media apps employees are actually using on their work devices.

Area9 helped with Kaspersky’s Adaptive Online Training Course and discovered that 90% of respondents who selected a wrong answer were confident in their ignorance. Learners were asked to not only answer questions but disclose their level of confidence in their answers. The report says responses to questions about the use of virtual machines were wrong 60% of the time even though 90% of the responders were sure they had it right. This display of what’s labeled “unconscious incompetence” highlights one of the most difficult issues to solve with security awareness training. The report doesn’t disclose if the employees with unconscious incompetence are mostly at the VP level. Sadly, 52% of responses about using corporate IT resources such as mail when working from home were wrong, but the confidence level was 88%. 92% were sure they knew what they were talking about even though 50% were wrong in questions about how to install software updates.

Untangle’s third annual SMB IT Security Report polled more than 500 SMBs about managing IT security and especially the extra challenges caused by COVID-19. Unfortunately, a growing number of SMBs are forced to do more security with less. Annual IT security budgets were $1,000 or less at 38% of responding companies. That number was 29% in 2019 and 27% in 2018, so budgets are going down in the face of higher risks. Not surprisingly, 32% say budget is their greatest barrier to better security, followed by employees who don’t follow guidelines (24%). Most important security features are firewalls, according to 82%, followed by AV protection (57%), and endpoint security (48%). Among those who experienced a data breach last year, only 15% were able to stop the attack or unauthorized access before sensitive data was grabbed. 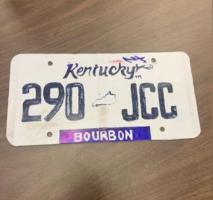 Meet Kentucky Man. Florida Man gets lots of headlines for magnificent stupidity thanks to a never-ending stream of “questionable” behavior. But Kentucky said, “Challenge Accepted,” and offered up a couple of “jeenyusses” for consideration.

First, Millersburg Police Department officers stopped a vehicle with a wonky looking license plate. Getting a closer look, officers discovered the license plate was hand-drawn. The perp did a pretty good job, the cops admit, but forgot to add the registration sticker.

A Smithfield “Kentucky Man” admitted an earlier crime when caught trespassing in an unrelated incident. The crime? Theft. What was stolen? The Henry County Sheriff’s K-9 unit. Yep, the man admitted he stole the police dog and “coaxed him out with Vienna sausages.”

ICYMI: Our Channel News Roundup for the Week of January 23rd, 2023
END_OF_DOCUMENT_TOKEN_TO_BE_REPLACED