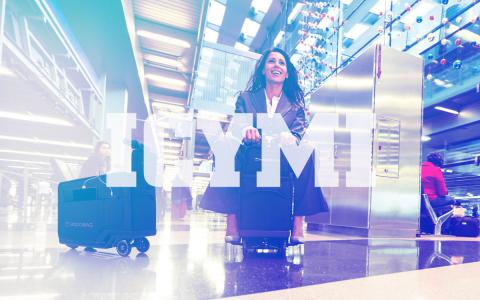 A crushing load of product announcements from Microsoft, artificial intelligence news from IBM and (belatedly) Salesforce, and the suitcase of choice for anyone eager to look like a buffoon at the airport are all among the stories we didn’t find time to cover this week. By Rich Freeman
Tweet

As you may have noticed, this was a giant week for conferences. Fortunately for you, dear reader, your faithful pals here at ChannelPro were all over it, with news from Autotask’s Community Live show, Continuum Navigate, and SYNNEX Inspire. Hooray for us!

Except…We have this nagging feeling that we missed an event. Hmm, what could it be? Ah yes, got it now. It was only an industry giant’s biggest event of the year for IT professionals. You know it better as Microsoft Ignite, and here’s what we would have told you about it and a lot of other stuff had we stretched ourselves a little further this week.

Our just desserts, I suppose. For the sin of failing to cover Ignite, Microsoft punished us with more announcements about new products, features, and the like than we could possibly sort through in a month’s worth of ICYMIs. So let’s just net things out, shall we?

Microsoft is betting the farm on artificial intelligence
The latest evidence came in the form of a new AI and Research Group staffed by 5,000 computer scientists and engineers and the publication of an AI manifesto.

Office 365 is getting a big bunch of security enhancements

Office 365 is getting a big bunch of non-security enhancements

There was security news involving products other than Office 365

There are new opportunities for Microsoft partners to wrap services and support around the Surface product line.

And oh, yeah. Windows Server 2016 and System Center 2016 both officially debuted. In the case of the first of those two products, at least, our readers apparently consider that bigger news than perhaps Microsoft does.

And when Microsoft wasn’t hogging the spotlight this week…It’s partners got in on the act. For example:

Hey, did you know NetApp had an event this week too? No? Sad to say, but we didn’t have it on our radar either. Yet NetApp’s Insight technical conference did indeed take place in Las Vegas this week, and the storage vendor used it to unveil new software and flash systems for hybrid cloud environments.

But product news isn’t everything. It’s the only thing, as we’re sure you’ll agree after learning that:

Think we’re all done with vendor news for the week? Think again, my friend. There was also this:

All clear with Uncle Sam. In other vendor news, the feds have OKed Oracle’s acquisition of NetSuite and LogMeIn’s merger with Citrix’s GoTo unit.

Because business travel isn’t humiliating enough these days. Why choose between aggravation and embarrassment at the airport? As first reported by The Telegraph, an inventor from Chicago has proposed a way to subject yourself to both. Called the Modobag, it’s a motorized suitcase you can ride at speeds of up to five mph indoors or 8 mph outdoors. And sure, it will list at a little under $1,500 when/if it reaches market, but isn’t that a small price to pay for the privilege of looking like a complete idiot while making your way to the gate? Besides, it only weighs 19 pounds before you fill it with stuff. And there’s a laptop pocket too!

Jabra PanaCast Review - Get Your Huddle On
END_OF_DOCUMENT_TOKEN_TO_BE_REPLACED