ICYMI: Our Channel News Roundup for the Week of September 25th 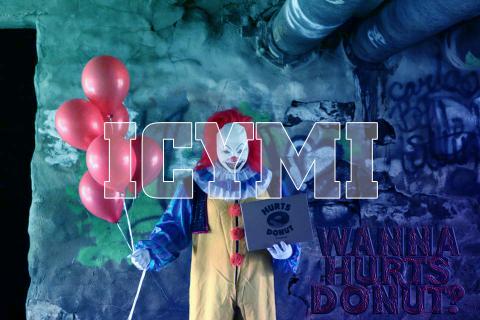 So much news flew at our heads we missed much of it, so here’s a few chewy morsels. By James E. Gaskin
Tweet

All eyes, or most eyes at least, were on Orlando this week for the big Microsoft Ignite show (and did anyone tell Xerox that MS stole their show name?). You can watch some Ignite videos on Bill’s dime here. And speaking of what’s in Bill’s pocket, it’s a new Android phone, at least according to Fox News. Guess even Bill can’t afford a new iPhone X.

Other companies made news this week as well, including that up-and-coming chip company Intel and its recent i9 chip. (Will Intel go to i11 next? Looks kind of ill.) Not forgetting the earlier versions, Intel revved the Core i3, i5, and i7 up to the 8th generation. And, as always, our news basket overfloweth with cloud, security, more cloud, and other product news.

Microsoft Ignite(s) the press release rocket. Say hello to Office 2019, with a name-to-release-year-mismatch just like new car models. Expect it to roll out in mid-2018 along with the 2019 cars. Features include “a new vision of intelligent communications,” although we hope they exempt PowerPoint presentations from the “intelligent” label. Do look for a new Skype build to better support enterprise-grade voice and video.

Microsoft 365 F1, a new edition of the Office 365/Windows 10/Enterprise Mobility + Security bundle Microsoft unveiled in July, has arrived “to empower all workers.” If your employees don’t want to be so empowered, they can use the Office Profile Card for LinkedIn to find a new job, or at least daydream. Just hope they don’t take their Windows 10 S devices for Firstline Workers with them. These include hosted VM-configured laptops from HP, Lenovo, Acer, and Fujitsu today and likely more when the program gets rolling.

Seek and ye shall find, we hope, with Microsoft Graph and personalized search inside the SharePoint home in Office 365. Tell your co-workers what you find with Yammer, now sharing an “emboldened vision” as a core part of O365.

Oh, yeah, Intel. And Apple. Start yelling at Intel to “take my money” on October 5 for the 8th generation Core i3, i5, and i7 processors and supporting chips. A six-core i5 desktop might just trigger a new customer refresh, unless the four-core i3 could solve a problem more cost effectively. Gamers await the Intel Core i7-8700K that revs up to 4.7 GHz.

As for Apple, it rolled out the latest release of macOS, tagged High Sierra. It’s got better video, an advanced version of the Apple File System that boosts capacity and speed, and a graphics API called Metal 2 that takes graphics to eye-popping levels.

Microsemi Corp. introduced a BlueSky GPS Firewall that can be deployed between any standard GPS antenna and stationary GPS receiver to protect against GPS signal incidents, accidental or intentional.

Comodo wants to show you a new PKI platform for IoT devices and networks it named (touch your nose) the Comodo IoT Security Platform.

Not all news comes with a data sheet. Women in the Channel launched its first-ever Advisory Council to help provide a roadmap for growth and strategic direction.

Cyxtera Technologies launched its Partner Network with Avant, Westven, and SageNet. Software-defined networking group PacketFabric matched that ante with its own channel partners program. Flashpoint, the Business Risk Intelligence folks, also trotted out a Global Channel Program and updated its API to v4. These new partnerships make us feel that love is in the air.

See? Even Rackspace is making nice with SAP to provide a partner-managed cloud for SAP software solutions. Togetherness made SAP so happy it gobbled Gigya, the customer and identity and access management firm.

Let’s hope all this togetherness holds like Krazy Glue.

Kaseya released some info from its annual IT operations benchmark survey. More than 900 respondents around the world revealed that 46 percent of “highly mature” companies have formal SLAs, versus just 21 percent of all organizations. Maybe the wisdom maturity brings is “get SLAs” to protect yourself and your customers.

WatchGuard reported in its quarterly Internet Security Report that 47 percent of all malware is zero-day and largely impervious to signature-based protections. And, no surprise, “threat actors are more focused on credential theft than ever before.” New focus: older Linux system passwords in Europe.

IDC took a look (ha ha) at VR (virtual reality) and AR (augmented reality) headset sales and found VR headsets ahead, making up 90 percent of the market. AR will supposedly roar back in the 2020-2021 time frame, though, when IDC expects total sales of 81.2 million units in 2021.

Are you brave enough to get your donuts delivered? Think before you answer—this this isn’t some new Uber gimmick. If you order from Hurts Donut in Frisco, Texas, they might be delivered by the owner wearing a Stephen King-like It scary clown costume. Sure, the delivery charge is only an extra $5, but think of the cost to dry clean your pants. On the other hand, if you’re desperate enough to demand your donuts be delivered, you might not notice the costume.

This delivery special was limited to Frisco, a suburb north of Dallas crammed with recent arrivals there to fill jobs at places like Toyota, which has relocated 4,000+ positions from California. We’re from the area ourselves, so we can guarantee that in some more traditional Texas neighborhoods, the natives might overreact to a demonic delivery person—in the wrong place at the wrong time, the donuts might not be the only things with holes. On the other hand, this sure would brighten up that boring morning staff meeting.

Kaseya Has Faster Patching, Cloud Management, and Cloud Security on its Roadmap for the Year Ahead
END_OF_DOCUMENT_TOKEN_TO_BE_REPLACED

LG Gram for Business 17 (2020): Big Reasons to Like It
END_OF_DOCUMENT_TOKEN_TO_BE_REPLACED