ICYMI: Our Channel News Roundup for the Week of September 13th 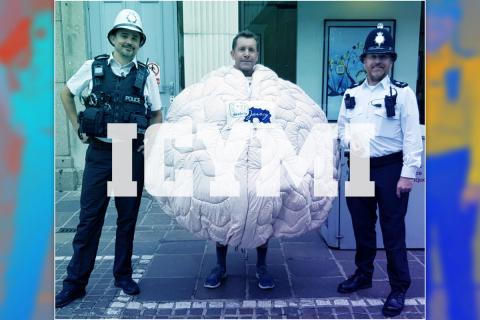 iStuff from Apple, SASE from Palo Alto, a new CTO for HPE, and a brainy feat worthy of the Guinness Book of World Records are among the many stories we sincerely wish we’d gotten you earlier. By James E. Gaskin
Tweet

Ready to buy your first fall pumpkin next Wednesday, when autumn starts? You might need to line up early in your area, in case there’s a pumpkin shortage. And the temperature outlook for fall is normal or above for the most part, although New England will get colder than usual in December. After all, you need to break in that new snow shovel, right? But these almost-fall newstips are ready to use as is. 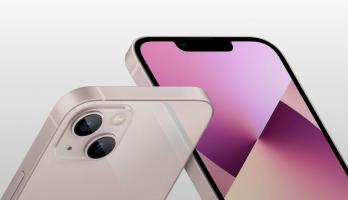 Apple news. The new iPhone 13 models are out, or at least orders are being accepted. Selling points are the more powerful processor, brighter display, 5G support, extra storage, camera enhancements, and longer battery life. Check out the iPhone 13, 13 Mini, 13 Pro, and 13 Pro Max. Extra goodies with the 13 Pro and Pro Max include a three-lens camera rather than two, the all-new Super Retina XDR display with a refresh rate up the 120 Hz, and a 5-core GPU to match the new 6-core CPU.

The 10.2-inch iPad (9th generation) bumps up to the A1 Bionic processor, a Retina display with True Tone, better camera with Center Stage, double the storage, and iPadOS 15. Or check out the iPad Mini, which is less mini with a larger 8.3-inch Liquid Retina display, new A15 Bionic chip, 5G, and new USB-C port. The 6-core CPU and 5-core GPU will make mobile gaming more fun.

Feel more like a wearable? Then the Apple Watch Series 7 is for you. Larger display, longer-lasting battery, faster recharge times, and bigger, brighter new screens with a reengineered Always-On Retina display, plus two new watch faces, make the case for an upgrade. Of course, the health and wellness tools remain, like an electrical heart sensor and ECG application.

More news from big shots. ServiceNow released its Now Platform Rome version, including hundreds of innovations to help organizations adapt to the hybrid era. Accelerated automation is all over the app, along with an Employee Center that integrates with Microsoft Teams to connect to employees no matter where they are. Collaborative apps for Teams reach across chat, channels, and meetings.

Not everyone wants to, or is allowed to, run their applications in the cloud. For those customers, Microsoft’s Office Long Term Service Channel (LTSC), is ready to support devices that can’t accept future updates, like those on the manufacturing floor. Project and Visio are now available for the same situations.

Google Cloud boffins have been strengthening the links in their supply chain offerings, resulting in the new Supply Chain Twin and Supply Chain Pulse Module. Organize data from multiple sources and view your supply chain from one end to the other.

Each industry has its own favorite formats and layouts, so Amazon Comprehend puts AI to work to extract information with intelligent document processing. Pull out personal information, perform entity extraction, classify documents, and use sentiment analysis to find insights even in unstructured documents like email.

Cloud users can download unexpected costs along with files when they extract data, but the new Rackspace Data Freedom platform from promises to help you effective manage public cloud data transit costs. 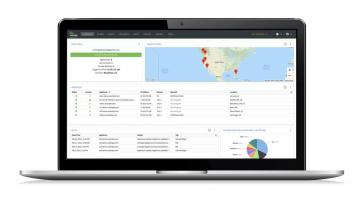 Security news. Untangle turbo-charged its Command Center (pictured) for MSPs. Network appliances, like the company’s NG Firewalls and SD-WAN Routers, can now be deployed directly from that console.

Make room in the catalog for Prisma SASE from Palo Alto Networks. Brings Prisma Access and Prisma SD-WAN together in a cloud-delivered service.

Zyxel released its new SaaS-based Cloud Email Security application. Works the same for all sides of the hybrid workforce.

Even government employees with security clearances need to work from home sometimes, but they need to do so safely. Good thing BlackBerry announced its SecuSUITE for Government to provide certified end-to-end encryption for group phone calls and instant messages.

Can you guess the selling point for the new Zero-Touch Patch capabilities in Qualys Patch Management? This. Relax, it could’ve been this.

You have SASE and you have 5G. Can you get them together? You can with Versa’s 5G native WAN edge appliances.

Vade for Microsoft 365 is now in the Microsoft Azure Marketplace, in case you want to use AI to protect your mailboxes.

There’s a new security team-up in town now that Beyond Identity and Splunk are working together to gather device-level authentication data for another tool to analyze and report. 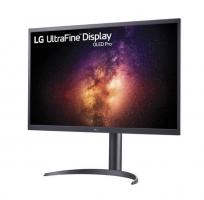 Supermicro has tightened up with Nutanix too by joining its Elevate Partner Program, offering hybrid multi-cloud solutions on its new X12 Ultra and BigTwin platforms. 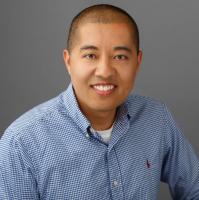 BitTitan appointed Paul Nguyen (pictured) as vice president of product and engineering for recently acquired Perspectium, where he was a co-founder.

MSP360 rolled out the welcome wagon for Amit Kumar, who joins as vice president of operations.

US Signal will work with Softiron to expand its upgrade and expand its storage-as-a-service infrastructure, boosting capacity by over a petabyte.

MicroAge recently surveyed 235 U.S. IT decision makers about the performance of modern and not-so-modern MSPs and the job they’re doing supporting IT leaders with challenges. Unfortunately, even the MSPs graded satisfactory overall fell short in cloud strategy, security, and IT spending. Cloud strategies and services for newly remote connected workforces fell short as well. 46% say MSPs struggled with cloud strategy. Leaders say they want cloud support from the MSP, but only 47% are actually using cloud services from their MSP. Almost half of IT respondents tagged their current MSP as being “in the Dark Ages” or “middle of the road.” They’re seeking, but not finding, modern MSPs actively embracing new tech like cloud, collaboration, monitoring, and security. Only 31% are using MSPs for security, and less than half even knew MSPs offered security services. IT downtime was the reason for 22% to reevaluate their MSP, 18% cited obsolete tech, and 18% blamed poor technical support.

Virtana commissioned the “State of Hybrid Cloud and FinOps” survey with responses from 350 IT and cloud decision makers in the U.S. and U.K. While clouds and hybrid clouds have been embraced by nearly everyone, there are still issues with disjointed point tools, silos, lack of visibility, unexpected costs, and risk. 82% of respondents have incurred “unnecessary” cloud costs, even though 85% feel confident managing their cloud expenses. Tools got blasted, as 72% are fed up piecing together management tools from hither and yon to manage their assets, and 62% report cobbling together multiple tools, systems, and custom scripts to get a global view of cloud costs. 56% lack programmatic cloud cost management capabilities, and 71% have only a limited view across their hybrid cloud environment and that hinders their ability to maximize value and wastes time.

SolarWinds announced its IT Pro Day 2021 survey: Bring IT ON for IT Professionals Day (September 21st). The 287 global IT professionals who responded felt a sense of pride, like the 41% who say they’ve grown more capable than they expected in the last year. Almost a quarter say they learned leadership skills, and almost half (48%) are proud of what they do. Two-thirds expect to see their level of responsibility increase over the next year, and 37% are extremely motivated to succeed in their roles. Four of five agree there will be many opportunities to develop their careers in the next year. More than half expect to receive more education to gain new skills and certifications. What skills are needed to advance? 57% say security, 51% tagged troubleshooting, and network management got the nod from 49%. Over half report cyberthreats as their biggest challenge to their organizations in the next year, followed by employee burnout (48%). Hiring shortages bother 40%, and an increase of unmanageable workload gets to 37%. 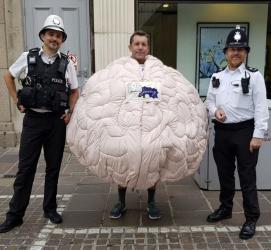 Record Setting Brainpower. Raise a Guinness (Book of World Records, not the beer) for this one. People are putting some brainpower to breaking world records. Guess that pandemic burnout hits everyone differently.

First, the smartest (looking) man running in the forthcoming London Marathon, Bryce Alford, will be easy to see: he’s the one in the giant pink brain costume. Yes, a brain costume. He’s raising money for a brain injury charity and trying to break the record for fastest marathon dressed as a brain. Yes, it’s a thing, really.

Another winner is a better example of brainpower put to good purpose: the longest pedestrian bridge, at 820 feet, in Ontario. Walk over 14 lanes of highway, six railroad tracks, and a city road, all safe and sound.

And here’s a three-for, as Serendipity 3 restaurant in New York City wins for most expensive french fries. American Zion Clark, born without legs, won the record for the fastest ever walking on hands for 20 meters, at 4.78 seconds. Finally, Laetitia Ky from the Ivory Coast set the record for the most skips over a person’s own hair in 30 seconds. The 25-year-old model, actress, and artist did 60.