ICYMI: Our Channel News Roundup for the Week of October 31st 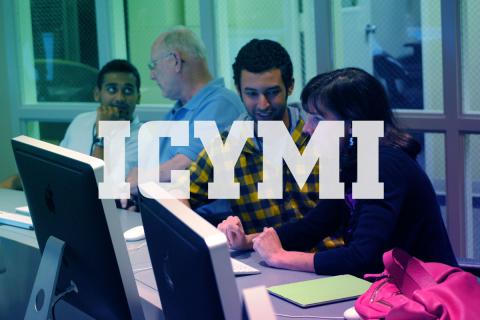 A would-be Slack killer from Microsoft, high drama from Intel Security, and statistical confirmation that your parents don’t understand what the heck you do for a living were all among the stories we didn’t get around to covering this week. By Rich Freeman
Tweet

We thought we had made ourselves clear by now, IT industry. When the ChannelPro team is (extremely) busy staging another of our genuinely fantastic SMB Forum events, as we were in Boston this week, you are not to make news. But you just couldn’t restrain yourselves, could you? Well, fine then, we’ll accommodate your thoughtlessness one last time for 2016 and catch everyone up on the stories we couldn’t get around to this week.

Go, Teams! As in Microsoft Teams, the new Office 365 component that subscribers to Enterprise and Business plans have had access to in preview form since Wednesday. The forthcoming system, which is meant to compete with the much-loved collaboration platform Slack, has a whole lot of catching up ahead of it, but will benefit from native integration with the also popular Office 365 suite that Slack can’t boast. Should be an interesting fight, assuming Teams ends up providing a reasonable facsimile of Slack’s bewitching user experience.

Blink and you could have missed it. But the much ballyhooed new Microsoft Dynamics 365 hit general availability this week, and a roadmap for the new business solutions suite appeared online too. All of which will be quite interesting to some of you and less so to others, according to our research anyway.

And now, before moving on to everyone else’s news…Let’s take a peek at these other, lesser Microsoft announcements from the week that was:

Party favors. Actually, it’s a mite glib to call the two new products Cisco unveiled at its partner conference in San Francisco this week party favors, but let’s face it, one reason vendors like Cisco announce new products at conferences is to give attendees a little reward for making the trip. For Cisco partners this time around, the goody bag included a new all-in-one endpoint security solution with integrated prevention, detection, and response capabilities, a new Unified Computing System storage server (pictured) optimized for Big Data, and an updated edition of the ONE Enterprise Cloud Suite automation and management system.

Not bad! We would have settled for a USB hub.

Paging Jack Bauer. Intel Security, by contrast, didn’t have new products to share with folks at its FOCUS 16 event in Las Vegas. It made up for that, however, by surrounding the enhanced defense architecture it outlined with the kind of drama once reserved for TV spots promoting the new season of 24. Today’s cybersecurity specialists, Intel Security told us in a press release, are tasked with nothing less than “defending the civilized world” from cybervillains, on a battlefield “where more than money is at stake and where private and public sectors are fighting against time.”

Cue the countdown! And then tell people about the “Dynamic Endpoint, Pervasive Data Protection, Data Center and Cloud Defense, and Intelligent Security Operations” solutions that combine to provide unified protection against current and future threats. And since integrations with third-party solutions have been a key part of Intel Security’s strategy since last year’s FOCUS event, why not spotlight a few new ones with Check Point, Aruba, Huawei, and MobileIron as well?

This was the first FOCUS event, by the way, since Intel announced its intention to spin off its Intel Security unit (which was better known as McAfee once upon a time) as an independent business that it and private investment firm TPG will co-own. That transaction is still pending.

Meanwhile, from our not-life-or-death-but-still-interesting product news department. There was this:

Our not-life-or-death-but-still-interesting non-product news department was busy this week too. Covering developments like this:

Surprise! Guess what, techies? You know those people to whom you’re constantly giving free computer support to, otherwise known as your parents? Turns out most of them don’t understand what you do for a living, according to recent research from LinkedIn. Indeed, fully 80 percent of surveyed parents couldn’t explain what that UI designer in the family does and 58 percent were mystified about what kind work a “software developer” does all day. On the plus side, 78 percent of parents brag about what their kids do for a living whether they know what it is or not.

The same study also revealed that just under half of parents (both with and without kids in IT) don’t think they could handle their child’s job. That, of course, implies the other roughly half of parents think they probably could take on what their kids do, suggesting that a lot of you reading this right now were raised by profoundly, extremely delusional people.

ICYMI: Our Channel News Roundup for the Week of January 17th
END_OF_DOCUMENT_TOKEN_TO_BE_REPLACED

LG Gram for Business 17 (2020): Big Reasons to Like It
END_OF_DOCUMENT_TOKEN_TO_BE_REPLACED