ICYMI: Our Channel News Roundup for the Week of October 25th 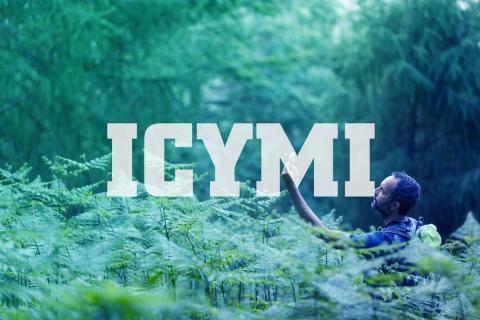 New Intel Core chips, a new hyperconverged cyber protection platform from Scale Computing and Acronis, new features from MSP360, and what may be the world’s stupidest hiker all figure in this week’s batch of better-late-than-never news. By James E. Gaskin
Tweet

You may have seen Facebook in the news recently, asking you to call it “Meta” from now on, as in Metaverse. Why Meta? Some say it’s because Gwyneth beat Mark to Goop, or Mark was afraid of “Ready Player One” director Steven Spielberg’s lawyers if he called it OASIS. Third Life didn’t do well with the focus groups, so Meta it is. Except at Wendy’s, now on Twitter as Meat. Kudos, Wendy’s. 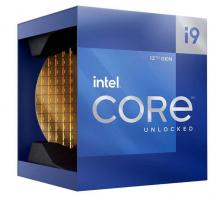 News from the big dogs. The recent Microsoft Digital Defense Report highlighted our current cybersecurity skills crisis, so the Redmondians launched a national campaign with U.S. community colleges to recruit and train 250,000 new security techs by 2025. Sadly, that will only fill half the open jobs.

Hello to Intel’s 12th Gen Intel Core processor family, including the i9-12900K with as many as 16 cores and 24 threads. Faster by 2x, DDR5 memory support, PCIe 5.0 connectivity, better energy management, and other goodies.

Google’s new AI architecture, called Pathways, is designed to go beyond learning a single task to generalizing across thousands of tasks faster and more energy efficiently.

Just introduced, Amazon’s EC2 M6i instances use the latest Intel Xeon Scalable processors running all cores at 3.5 GHz. This gives up to a 15% improvement in price performance compared to the M5 instances.

Need to get your SQL Server data to the cloud? Amazon has Babelfish for Aurora PostgresSQL ready to go. Fully versed in the SQL Server wire protocol for easier migration with less risk.

Cisco will rev up its AppDynamics Business Observability Platform by acquiring replex GmbH, a privately held software company in Germany. The deep expertise in Kubernetes and analytics from replex will be folded in soon. Terms were not disclosed. 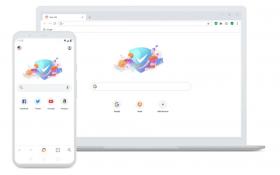 Security news. MSPs get a new data protection option with the teamup of Scale Computing and Acronis in the Business Resilience System (BRS) for MSPs, which is purpose built for Acronis Cyber Protect Cloud.

Hello to Illumio CloudSecure, which helps orchestrate cloud workload policies at scale with Zero Trust segmentation to protect against cyberattacks and ransomware.

Do you have complete confidence your remote users properly route all traffic through the VPN you set up for them? Thought not. Hence the new Avast Secure Browser PRO (pictured). Chromium-based for Windows PCs and includes an integrated VPN.

Kaspersky acquired Brain4Net and will combine the emerging company into its SASE and XDR product teams. Terms were not disclosed.

On the data loss prevention front, HelpSystems acquired Digital Guardian, a provider of DLP tools for large and midsize organizations, and will fold the group into its data security portfolio. Terms were not disclosed. 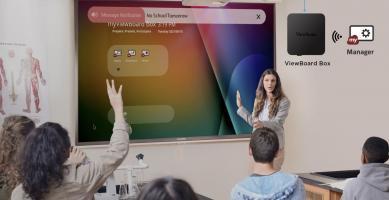 Other product news. MSP360 powered up more than a dozen new features, including immutable storage for AWS, a new backup format, client side deduplication, and more.

Schools are full once again, so the new ViewBoard Box from ViewSonic (pictured), which links compatible mainstream displays, monitors, and projectors into its myViewBoard ecosystem, makes sense. Maybe smarter displays will get the students to look up from their phones.

Visual collab software maker Lucid released Lucidscale, a cloud visualization tool to let you see, understand, and optimize cloud environments. Works with the Big Three out of the box.

Somebody’s got to be nice to lawyers, and now it’s LogMeIn with its new GoToConnect Legal, a version of its UCaaS platform tailored to help lawyers be more efficient, including linking video meetings into several existing billing software suites. 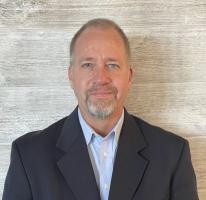 Non-product vendor news. The red carpet at Keeper Security rolled out for Tristen Yancey who joins as VP of public sector.

Over at Aryaka, the unfurling red carpet is for Ed Pearce (pictured), joining as national channel director, North America.

The Association for the Advancement of Sustainability in Higher Education (AASHE) has a new partner: Epson. Goal is to reduce electric consumption, reduce waste, and reduce paper usage.

Microsoft’s 2021 IoT Signals report tracked five key trends in IoT adoption in 2021. First up, 90% of organizations surveyed are adopting IoT and call it critical to their success. COVID-19 continues to accelerate IoT adoption. You can speed IoT to market by reducing technical complexity of installation and management. IoT projects tend to be in emerging tech areas, including 81% that leverage edge computing or digital twins. IoT security, not surprisingly, is a big deal for respondents, especially the 91% who reported concerns. Data privacy leads the worry list. AI and IoT are a package deal for 79% of businesses.

The 2021 (ISC)2 Cybersecurity Workforce Study focused on the lingering pandemic and staffing levels. This is the second consecutive the global shortage of cybersecurity professionals decreased. One reason? The 700,000 new entrants since 2020, who boosted the total cybersecurity tech population to 4.19 million people. However, the workforce needs to grow 65% to close the 2.72 million person gap between needed security pros and available ones. Employers are offering more training (36%), more flexible working conditions (33%), and investing in diversity and inclusion (29%). Stretching techs too thin leads to misconfigured systems (32%), too little risk assessment and management time (30%), slow system patching (29%), and rushed deployments (27%).

SonicWall reports that “The Year of Ransomware” continues, thanks to a late-summer surge. How bad? Global ransomware attacks are up 148% (495 million) year to date, making this the worst year ever recorded. Trends say there will be a total of 714 million ransomware attacks by the end of this year. Through Q3, there were 1,748 ransomware attempts per customer. IoT malware remains on the upswing globally, with a 33% rise so far in North America and Europe. Cryptojacking grew an amazing 461% across Europe. 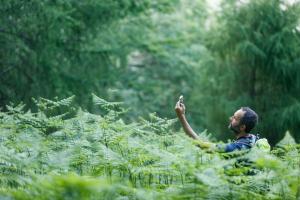 Phone fail. A hiker started on the Mount Elbert South Trailhead in Colorado’s Lake County around 9 a.m. not long ago. When they hadn’t returned by dark, a search started, tracking the old-fashioned way, and calling the hiker’s phone in the modern manner.

The hiker never answered. Why? They didn’t recognize the number. Lost in the woods, and you don’t answer someone who may be trying to help, worried it’s Scam Likely once again?

U.S. reports carefully hid the name and gender of the lost and untrusting hiker, leading to speculation on our part. A minor, therefore the identity should be hidden? Maybe a woman who worried about harassment? We figured Unknown Hiker was a man. Why? They had a frackin’ phone and never called for help or directions!

The Guardian didn’t name the hacker but did use the male pronoun. We knew it.