ICYMI: Our Channel News Roundup for the Week of October 21st 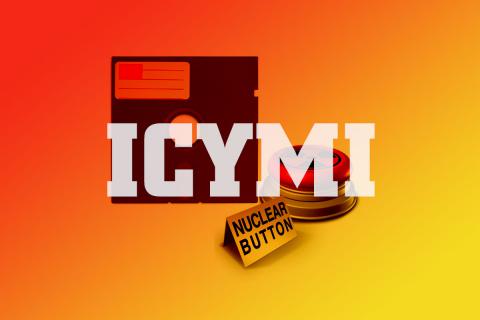 Acquisitions and alliances for Microsoft, a new CEO for ServiceNow, green print from HP, and good news for anyone made nervous by the thought of nuclear security relying on floppy disks are all among the many stories we’ve just now told you about. By James E. Gaskin
Tweet

Weather has been crazy lately, but the unusual news this week was the 10 tornadoes in Dallas on Monday. Tornadoes aren’t unusual in Dallas, but these didn’t aim for trailer parks, they aimed for the Preston Hollow neighborhood, the most expensive real estate in town. One resident in the area? Former president George W. Bush. Luckily, the 140 mph winds spared 43 and his property.

Wintel news. What do you do when you have a bunch of stuff that needs to be somewhere else? Call a mover. That’s what Microsoft did as it acquired Mover, a leading cloud file migration provider. Office 365 users can move files from more than a dozen different cloud services to OneDrive and SharePoint.

Updatable firmware offers advantages but also an attack surface. Microsoft and partners like AMD, Intel, Qualcomm, and leading PC makers are now collaborating on an initiative to create Secured-core PCs (pictured) that employ best practices of isolation and minimal trust to firmware.

Microsoft and NVIDIA are working together to link Azure and the NVIDIA EGX platform to boost edge-to-cloud AI computing capabilities.

Intel revealed the first architectural details of Tremont, its newest and most advanced low-power x86 CPU architecture. For applications like IoT, Tremont will boost processing power while needing less power. 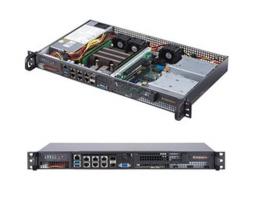 One way to plug EGX Edge into your cloud? New EGX-based servers from Supermicro. Check your catalog for the 5019D-FN8TP (pictured), the 1019D-FHN13TP, and the 2029GP-TR supporting single or multiple NVIDIA T4 GPUs. 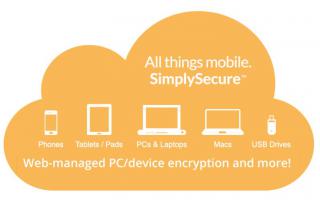 Trend Micro upgraded its cloud services with the acquisition of Cloud Conformity. Goal is to secure and resolve issues caused by cloud infrastructure misconfiguration.

Beachhead Solutions pulled the curtain on the 6.5 release of SimplySecure for MSPs. A tool to consider if you want to offer encryption as a service.

Bugcrowd, the SaaS platform for crowdsourced security, announced Attack Surface Management. Get a comprehensive assessment of an organization’s security posture and intelligence on its true attack surface. 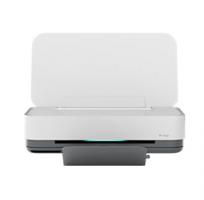 Are we done with product news now? No, not so much. During its Americas Innovation Summit, HP made a pitch for sustainability. For instance, it intro’d the HP Tango Terra (pictured), which it calls the world’s most sustainable printing system.

It’s all “Digital Experience” at Adobe as it rolls out mid-marketing and SMB-aimed tools. Examples: integration with Magento Commerce, updates to Marketo Engage (part of the Adobe Marketing Cloud), Adobe Analytics Foundation, and more.

Some remote handholding can go a long way in support. Hence the new SolarWinds Service Desk tools including Desk Chat (available now), and a mobile app.

If you want to use the new iPad 10.2 for public-facing applications, you might want to get a new Compulocks enclosure with a high-grade aluminum case so your new iPad doesn’t wander off.

Hello to the new versions of Splunk IT Service Intelligence and Splunk App for Infrastructure. Also, integrations with Splunk VictorOps and Splunk Phantom. Tie it all together with the new Splunk Mission Control.

There’s a major update to the Blancco Mobile Diagnostics and Erasure toolset. Faster diagnosis of device condition and data destruction. 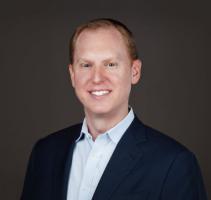 Finally, vendor news without the products. ServiceNow welcomes Bill McDermott as its new president and CEO, not to mention member of the board of directors.

SYNNEX told the world it has received its fifth GSA Schedule Contract 70, meaning resellers who have signed up to use the SYNNEX contract have the ability to close business opportunities with the government more quickly. But wait, there’s more! SYNNEX also expanded its business with Canon U.S.A. to offer the WG7200 series of A3 printers.

CompTIA’s 8th State of the Channel report found channel pros are getting more and more involved with emerging technologies and are seeking new partnering opportunities. 505 U.S. companies responded to the survey, and listed new tech such as AI, blockchain, drones, and the IoT as important to the channel going forward. Over half (56%) are adding new tech business lines in pursuit of greater revenue opportunities than with existing product offerings and customer demand. But the reseller landscape keeps changing, as accounting firms, law practices, and digital marketing agencies are just a few of the channel newbies reaching out to customers. Are they competitors or potential partners? About three fourths of respondents say they partner with these types of new players either occasionally or frequently.

Since CompTIA just told us new tech is getting customers excited, it’s nice that the Gartner IT Symposium/Xpo found the same thing. The analyst firm expects global IT spending to grow 3.7% during 2020. The current slowdown in IT outlays is expected to reverse, despite concerns over a recession and a cutback on discretionary IT budgets. Security may pull the market up, since security spending in 2019 is up 10.5%, with cloud security expected to grow 41.2% over the next five years. Perhaps because of the tariffs, China’s IT spending is expected to grow only 0.1% this year. And while device spending is down 5.3% this year, enterprise software is up 8.8% and should rise 10.9% in 2020.

Chargifi’s “Wireless Charging: The Key to Workplace Mobility, Productivity, & Engagement” report may sound like it’s weighted toward millennials, but a multigenerational workforce is the workforce we have today. And over 2,000 employees responded to the survey and report they are being driven to distraction by today’s workspaces and open office plans. 54% state that being able to move to different spaces to work in when they need to concentrate is the best part of what modern offices offer. 48% find it best to search for a quiet place to think. This means away from their desks, and 39% complained their offices are not set up to do that. Of course, mobility means charging problems for devices, so more than half (51%) would like to see their offices offer wireless charging. 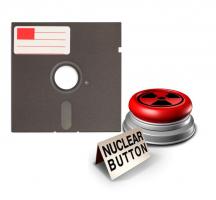 Good news! Our nuclear national security no longer depends on 8-inch floppy disks. Sorry, this isn’t a retread story from the 1980s. Until this June, the Air Force’s intercontinental ballistic missile command, control, and communications network used 8-inch floppies to store critical data. Why? The system relies on IBM Series/1 computers installed by the Air Force at Minuteman II missile sites in the 1960s and 1970s.

Now the info is stored on “a highly secure solid-state digital storage solution” as part of the upgrade to what is known as the Strategic Automated Command and Control Systems (SACCS).

So we’re finally protected by a state-of-the-art system? No. The IBM Series/1 computers still run everything, because of their reliability and security. Ever seen any hacker exploits for a Series/1? Thought not.

Of course, you can’t find any parts, either. So civilian Air Force employees have to repair the parts by hand, often taking hours using a microscope.

If it makes you feel better, the code that runs the system is still being written by enlisted Air Force programmers. What? You’re not comforted? Relax. What could possibly go wrong with government programmers coding out-of-date computer systems that control thousands of nuclear weapons?

Meet the 2022 ChannelPro Vendors on the Vanguard
END_OF_DOCUMENT_TOKEN_TO_BE_REPLACED