ICYMI: Our Channel News Roundup for the Week of October 16th 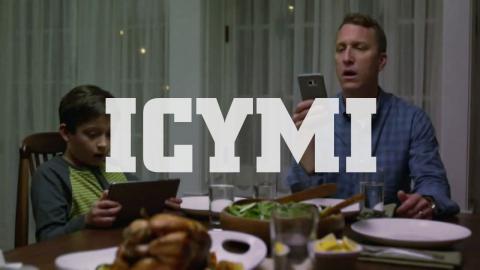 This week, McAfee and Google talk security, Docker proves that pigs DO fly, and Microsoft delivers (unleashes? foists?) Windows 10 Fall Creators Update to the world. Because nothing inspires unbridled creativity like a corporate OS update. By James E. Gaskin
Tweet

It’s getting to be that time of year: the bag of Halloween candy you bought early is half gone already, and the leaves are a half foot deep. Just as the movies get more serious in the fall, the tech news this week is full of security, updates, hardware, security, collaboration, and containers (maybe full of security).

Time to list off some of the news we missed while hiding that early bag of candy (partly to keep it away from others and partly to conceal how much we ate already). Consider yourself updated!

The “Win” part of Wintel. Microsoft says “3D will offer the next major boost to human productivity,” and promises to rescue us all from Flatland with the Windows 10 Fall Creators Update. The best way to see that now is to strap on blinders, er, headsets, like the Windows Mixed Reality headsets or the Samsung HMD Odyssey.

Those inclined can connect those headsets to a Surface Book 2 (pictured). Packed with the latest 8th Generation Intel Core processors and NVIDIA graphics, they are easy to carry on your “Journey of Creativity.”

Visio Online, now in general availability, “further unlocks employee creativity in the modern workplace,” Microsoft told us. Diagrams are easier to create and share, so unleash your inner Picasso during the next re-org, in the cloud this time.

The “Tel” part of Wintel. Inside Surface Books and clouds are chips, lots and lots of chips. Soon some of those chips may be Intel’s Nervana Neural Network Processor. Intel expects it to help the company meet the goal it set last year of providing 100 times greater AI performance by 2020.

Calling Dr. Intel: the new Intel Health Application Platform is a software set used to help monitor and control various health IoT devices. Reducing admissions by 40 percent and readmission rates by 75 percent through better remote care options, Intel says, could lower health care costs by as much as $6 billion per year. Maybe that will drop the charge for holding your own newborn baby down from $39.

Better security from McAfee, Google, and more. McAfee has put advanced analytics to work in its new McAfee Investigator, which features AI-enhanced accuracy. That launch and boasts about widescale adoption of McAfee’s Data Exchange Layer, including new links with Cisco, were highlights of the vendor’s MPOWER conference in Las Vegas this week. Infoblox, the makers of Actionable Network Intelligence, also used that venue to announce that it’s holding hands with McAfee to help secure DNS and more.

Did you remember that October is Cybersecurity Awareness Month? Google did (they have a calendar you know) and introduced the Advanced Protection Program providing the company’s strongest security against phishing, accidental sharing, and fraudulent account access.

ESET, a major global cybersecurity player, launched Chrome Cleanup, which is designed to help you browse the web with Google Chrome safely, at least when it’s running on Windows.

Is that a flying pig I see? Docker, container kingpin, announced that it’s “seamlessly integrating” Google’s rival Kubernetes technology into the Docker platform. Users can now employ Kubernetes or Docker Swarm for orchestration.

And as long as we’re talking containers, Datadog has launched a live container monitoring service that integrates with Docker, Kubernetes, and other platforms.

Back on the ground. Say hello to IBM Blockchain, which together with Stellar.org and KlickEx Group helps clients settle payments on a single network in near real time. Guess this means the end of playing the float and generating huge profits from the 1 percent interest rate available today.

Cisco announced Business Critical Services and High-value Services. They call it the “industry’s first predictive services powered by AI.” (We knew this would happen).

Dropbox launched Dropbox Professional, offering business-grade tools to help individuals store, share, and track work from a single secure place. There goes that “can’t work at home because I don’t have the right file” excuse.

Students will find it harder to sleep in class when one of the new Epson PowerLite long-throw projectors is in the room. Nine different models blast out up to 4,000 lumens with lamps that last up to 12,000 hours.

Security vendor Proofpoint announced Kristen Gil (pictured) as a new member of the board of directors.

MobileIron shuffles the chairs in the boardroom as CFO Simon Biddiscombe becomes president, CEO, and member of the board. Former CEO Barry Mainz left. Shawn Ayers, vice president of finance, will serve as interim CFO.

2018 will see updates in the Juniper Partner Advantage Program. Look for cloud goodies and more.

Dissing devices at the dinner table. A Comcast survey of over 1,000 U. S. parents performed by Wakefield Research (to promote Comcast’s new Xfinity xFI home Wi-Fi control tools) found that devices at the table cause a little, um, discord. About 42 percent of parents can’t remember the last device-free meal, and 14 percent disable Wi-Fi (the sales hook for xFi) during meals.

But distraction is not a one-way street: more than half of parents have been told to DROP THAT DEVICE by their children. More than half! (52 percent). This just proves kids don’t understand that keeping up with who said what at school via SnapChat isn’t nearly as important as tracking who skipped the staff meeting at work via Slack. Really, it’s entirely different. Did you smart-aleck kids say something? I wasn’t listening. No dessert for you!

ChannelPro 5 Minute Roundup for the Week of September 20th, 2021

Jabra PanaCast Review - Get Your Huddle On
END_OF_DOCUMENT_TOKEN_TO_BE_REPLACED