ICYMI: Our Channel News Roundup for the Week of November 18th 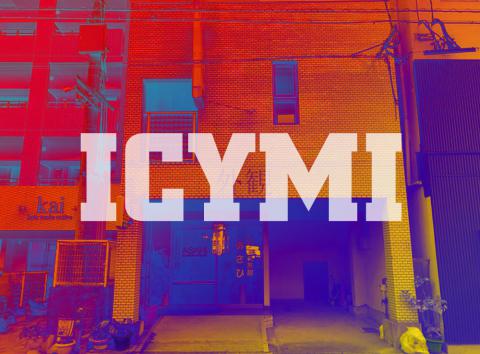 Salesforce news from Dreamforce, HPC news from SC19, and a Japanese hotel bargain for people with nothing to hide are among the many stories we’ve finally managed to tell you about. By James E. Gaskin
Tweet

Many today look forward to time off for Thanksgiving. Of course, fall weather being fall weather, travelers will exchange job hassles for travel hassles as rain and snow march across the country and close airports and clog highways. Just smile because you know the weather now will be better than the weather in a month when you travel for Christmas. And while scanning websites for last-minute travel deals, we missed some important newsbits, so let’s catch up. 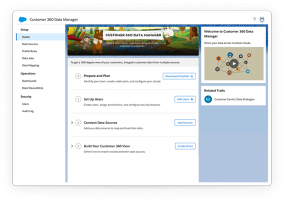 Dreamforce ‘19 news. Ready for a single, universal Salesforce ID for each customer across sales, service, marketing, commerce, and more? Hello to Customer 360 Truth. Multiple contact points with customers used to mean different and unrelated data sets, but no more.

Taking it one step further, Service Cloud Voice offers Amazon Connect, a simple to use cloud contact center from AWS. 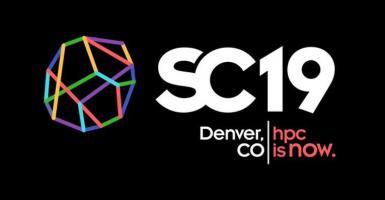 Supercomputing ‘19 news. When your horsepower needs scale way, way up, you go to the annual Supercomputing show, held in Denver this year. If you went to the Microsoft booth, you saw a long list of news from the Azure HPC team:

Intel has a few supercomputing goodies too. First, it launched oneAPI, a scalable programming model for the HPC/AI world. Next, it introduced a general-purpose GPU optimized for HPC/AI acceleration based on the X architecture code-named “Ponte Vecchio.” Plus, new architectural details of the Aurora Supercomputer at the Argonne National Laboratory.

Are you a data scientist who needs to process massive amounts of data in minutes? Check out the new NVIDIA Magnum IO suite of software, optimized to eliminate storage and IO bottlenecks. 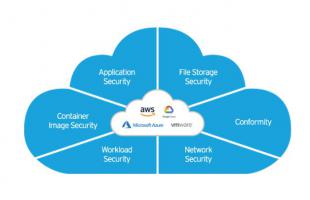 Security news. The new Kaspersky Sandbox can help you combat advanced endpoint threats. No manual inspection necessary to examine the impact of suspicious files. Questionable objects are automatically sent to the sandbox.

Greetings to the new Trend Micro Cloud One (pictured, sort of) security services platform for those building applications in the cloud. Migrate existing apps to the cloud, immediately solve customer challenges, and rapidly evolve with cloud services. 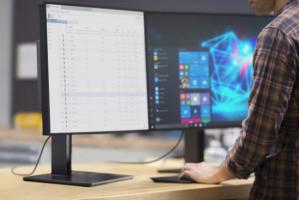 Other product news. Howdy to the new HP ZCentral (pictured), centralizing high-end computer power in a single location. Power-users working on graphics-intensive applications can now do so remotely.

Look, it’s the new HPE Container Platform, an enterprise-grade Kubernetes-based solution for both cloud-native and monolithic applications with persistent storage.

Thanks to ATEN Technology, your KxVM over IP can go farther and do more with tools like the KE9950/KE9952 4K DisplayPort Single Display KVM over IP Extender. Resolutions up to 4K supported.

Big week for partner programs. First up is the Cato Partner Program, with multiple benefits that Cato says add up to “Accelerated Return on Investment.” Helps partners shorten sales cycles while maximizing profitability.

We can all use a little extra smarts, and the new IGEL Academy might help. Online cert testing and scoring, free training access, online course tracking, and self-paced learning.

More vendor news, but without the products or partner programs. ServiceNow is preparing the red carpet for incoming CFO Gina Mastantuono (pictured), formerly of Ingram Micro, who arrives on January 13, 2020.

NETGEAR announced that Senior Vice President, SMB Products and Services John McHugh will retire at the end of the year. Vikram Mehta takes over for him on January 2.

Shorter wait for Rodolpho Cardenuto to begin his new gig. He steps in as president of the applications group at Vonage on December 9.

This may be the winner of 2019’s Longest Report Name Award: “Converged Infrastructure Market Analysis Report by Type (certified reference systems & integrated infrastructure; hyperconverged systems; and integrated platforms), by Geography (APAC, Europe, MEA, North America, and South America), and Segment Forecasts, 2019 - 2023.” But good stuff lies within the Technavio research, like the fact that the global converged infrastructure market is poised to grow by $25.15 billion during 2019-2023. Hyperconverged systems and a need by some projects for cloud alternatives fuel the growth. Non-volatile memory express (NVMe) in HCI systems will add to the growth of the market even more. The move to modernize IT at companies helps as well.

The much more pithily titled Netwrix IT Trends 2020 report asked 1,045 IT professionals worldwide to name their top five IT projects for next year. Data security and automation are the top two. AI projects didn’t even make the top 10. The answers were fairly consistent regardless of organization size or vertical. 74% named data security as their top IT priority, and automation of manual tasks hit 54%.

Mimecast released its quarterly Threat Intelligence Report: Risk and Resilience Insights this week. Of the 207 billion emails processed by Mimecast, 99 billion were rejected. Impersonation attacks were 26% of total detections and rejections, and that now includes voice phishing or “vishing.” Three industries were most targeted: banking, legal, and transportation. It seems state-sponsored actors try to disrupt the supply capability of rivals. There were 25 significant malware campaigns identified, from simple phishing to multi-vector attack campaigns alternating files types and attack vectors and vulnerabilities.

Barracuda covered similar ground it its “Spear Phishing: Top Threats and Trends Vol. 3—Defending against business email compromise attacks.” 91% of business email compromise (BEC) attacks happen during weekdays, with many sent during typical business hours. The average BEC attack targets no more than six employees, and 94.5% target fewer than 25 people. 85% are “urgent requests” to create the need for a fast response. These attacks generate high click-through rates of one in 10 spear-phishing emails, but triples that response when the emails spoof someone from HR or IT. 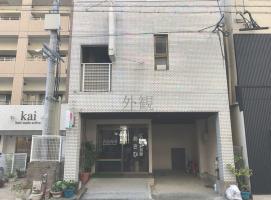 Privacy, and clothing, optional. Japan can be an expensive place to visit, but the new management at the Asahi Ryokan in Fukuroka has a deal for you: a room for $1 dollar (100 yen) per night. The catch? Your room is live-streamed the entire time.

First of all, some caveats. There is only video, not audio, so your conversations are safe. Second, the bathroom does NOT have a camera. So far, new manager Tetsuya Inoue (running the place for his grandmother), has had four takers and over 1,000 livestreams. When it hits 4,000 streams he plans to sell ads on the YouTube channel.

LG Gram for Business 17 (2020): Big Reasons to Like It
END_OF_DOCUMENT_TOKEN_TO_BE_REPLACED