ICYMI: Our Channel News Roundup for the Week of May 18th 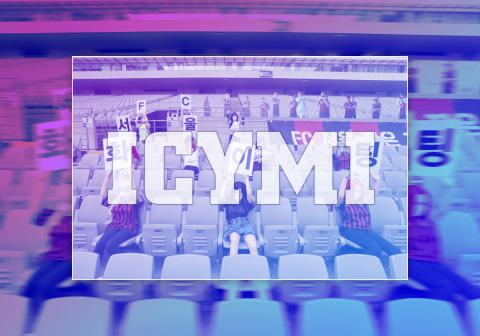 Acquisitions by Microsoft and Intel, deeper ties between Sophos and Arcserve, and some family-unfriendly ersatz baseball spectators are among the stories we finally managed to sneak in before the holiday weekend. By James E. Gaskin
Tweet

Next Monday is Memorial Day in the States. Beaches and parks in most places are open again this weekend, but we really like our readers and hope you play it safe out there. While you were planning your socially distant picnic, some newsbits snuck by. Let’s catch up (and don’t forget the catsup). 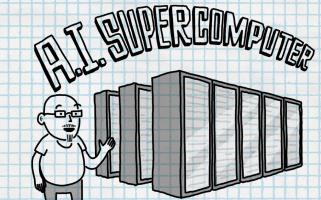 Speaking of more power, Microsoft announced it has built one of the top five publicly disclosed supercomputers in the world. Built with and for research lab OpenAI, the new super-puter is hosted in Azure and designed to train AI models. Part of Microsoft’s AI at Scale initiative. 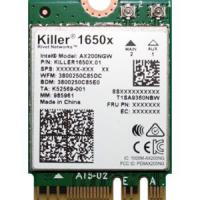 Speaking of partnering, Dell and Google launched the Dell Technologies Cloud OneFS for Google Cloud. Handle more data and new applications and files across private clouds and Google Cloud easier than ever. No matter where your workload is, there’s your cloud (hat tip to Buckaroo Banzai).

Dell’s been busy, as it also unveiled a bunch of commercial PCs plus the second generation of VMware Cloud on Dell EMC. IaaS easier, more secure, and scalable. New features include business continuity support via VDI.

Just because people don’t go to the office doesn’t mean the work stops. Hello to the new Netskope and VMware collaboration on a suite to secure the remote-first workplace. Remote workers consider themselves to be two to five times more productive than cubicle rats, er, office-based employees. But many wish the haircuts at work option extended to home offices. 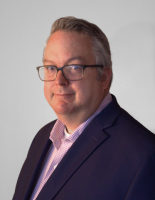 Speaking of security…Arcserve and Sophos mashed up even tighter to blend anti-ransomware and other threat prevention technologies with backup and disaster recovery tools. The promise? You’ll be safer from cyberattacks, major disasters, humanoid mistakes, and other outages.

Need to run some apps in a confidential computing space? Check out the new Fortanix Confidential Computing Enclave Manager. The SaaS tool verifies the integrity of environments and manages the application lifecycle for secure enclaves running on Microsoft Azure.

Cross-platform attacks can be tough to stop. Might be a little easier now that endpoint protection player Cybereason and Wandera got together. Prevent, detect, and respond to both mobile device and traditional endpoint risks through the Cybereason Defense Platform.

Everything digital is attackable, which is why Reinvent Telecom and RedShift Networks teamed up to boost security for real-time enterprise VoIP, video, and UC.

Secureworks announced a new global partner program for resellers and referral partners. Has a streamlined and profitable way to meet growing customer demand for cybersecurity. A new partner portal including standardized deal registrations and multiple levels of engagement are included.

DigiCert promoted Jason Sabin to be CTO. Sabin joined DigiCert back in 2017 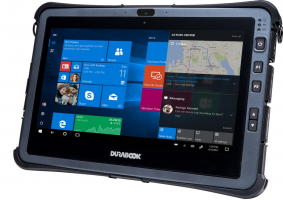 Other product news. Need some help controlling the joyful noise of children or roommates (or roommates who act like children) when working from home? Check out the new Poly Blackwire 8225, a corded plug-and-play USB headset. Dual earphones with active noise canceling paired with a noise-canceling microphone keeps conversations clear. Microsoft Teams support included.

Manage your distributed IT infrastructure with the new Schneider Electric Monitoring & Dispatch Services. Get help with edge computing sites, unmanned sites, and next-business-day remediation including replacement parts. To simplify management at the edge, Schneider Electric also introduced a public API for its EcoStruxure IT Expert.

The new Supermicro Intelligent Retail Edgesolution combines proven hardware/software systems. Supports and simplifies the deployment and management of edge systems and applications at stores of all kinds.

Microsoft Intune user or integrator? The Adaptiva OneSite Intune Edition, which its maker says is the first and only third-party delivery system for Microsoft Intune, is ready to go. Integrates with all layers of the Azure storage stack.

Life outside can be rough for tablets, but when you rely on them you need all the power you can get. Hello to the upgraded Durabook Americas U11 (pictured), which features 10th Generation Intel Core processors, a quick-removable PCIe SSD, and no-fan cooling.

Builders should appreciate the new Z490 Series motherboards from ASUS. Supports the new 10th Gen Intel Core CPUs, and is performance oriented for gamers, enthusiasts, and professionals with heavy workloads.

Small businesses have had to play catchup as computing gets more and more distributed. Here to help is the new Kinetic Business SD-WAN, from Windstream, which builds upon VeloCloud tech from VMware. Helps small and midsize businesses network with the same control as the big guys. 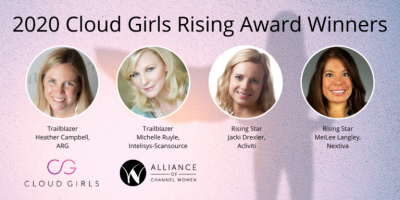 Barracuda MSP, which started MSP Dayin 2018, marked the occasion this year with the launch of a new stuy,The Evolving Landscape of the MSP Business Report 2020. About 300 global MSPs responded, saying some positive things, such as that 91% plan to increase services capacity in the next year. Best revenue generator? 69% said managed services, up from 54% last year. 51% expect managed services to be half or more of their business. Security, no surprise, grew in importance with endpoint, email, and network security making it into the top five service table. Also no surprise? The lack of in-house security expertise at customers keeps driving the need for more third-party security services. In fact, 88% of respondents said the demand for security services was increasing either moderately or significantly.

Protection player Acronis did a new survey with Omdia (was Ovum) showing the most requested service by customers from MSPs is security (see previous entry). COVID-19 and the “challenging”economy continue to occupy the minds of business leaders. The Understanding the Security and Data Backup Market for Managed Services Providers (MSPs) report found that 97% of respondents felt that ensuring minimal data loss from an attack was important. 88% said they needed to be able to mitigate damage rapidly. 89% are looking for a service that goes beyond anti-virus, anti-ransomware, and firewalls. 84% say its tough to work with multiple vendors and suppliers for each layer of the security stack. Keeping costs under control while acquiring the expertise needed is a real problem for 92% of those surveyed.

Want to make cybercriminals really happy? Keep “forgetting” to backup customer data and use the old “cross our fingers” approach to testing business continuity and disaster recovery. That’s part of what new Zerto-sponsored research found. 17% of businesses admit they leave a gap of more than 24 hours between backup copies (so you know it’s really longer). 64% of end users test their BC/DR scenarios on a quarterly or, sigh, annual basis. 100 senior-level IT and security managers were surveyed during the RSA 2020 Conference. 37% reported a direct loss of revenue due to an attack. 26% reported a permanent loss of some customers. 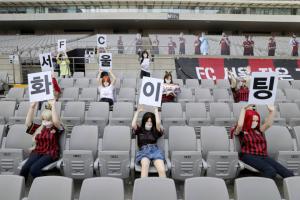 Unwelcome season ticket holders. As sports try to get back on various fields, courts, and pitches, recreating the feeling of a live audience without live people is tough. So, the FC Seoul soccer team tried something new and a little unusual.

Wearing team colors and masks to be “safe” in a weird way, 25 “mannequins” filled the seats to look like fans. Only they weren’t exactly mannequins.

The FC Seoul stands were filled with 25 sex dolls. The team said it thought they were plain old mannequins. Hard to buy that since the “fans” were seated at noon for the 7pm kickoff.The Korean Professional Football League issued a $81,410 fine.

No explanation was given on how the team equipment manager had 25 sex dolls at the ready.